A user on the Reddit social media site has posted information about a relatively minor bug in iOS which allows users to access the cellular data options of an iPhone from the lock screen using Siri.

It’s currently unknown if this bug could have any real malicious impact on users’ devices, but it seems to go against what the default behavior should be by allowing data to be toggled on and off without a Passcode. 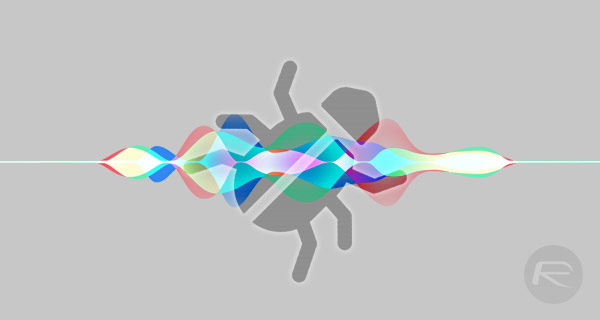 The said user has found that if you query Siri to ask about the cellular data on the device, the digital assistant returns information about the current state of the data on the apparatus. As an example, if mobile data is turned off, then Siri will provide that information with a handy little prompt saying “let me know if you want it turned on,” and of course, the opposite is true if cellular data is already toggled on. Asking Siri to turn cellular data on or off then prompts for a Passcode in order to access the device, which is how it should be.

However, this small bug appears to also expose a cellular data toggle switch on the lock screen when Siri is queried about the topic. The user is then able to interact with that toggle and turn cellular data on or off at his/her discretion. Siri doesn’t prompt for a Passcode in this instance and lets it all be managed simply from the lock screen without full access to the device. 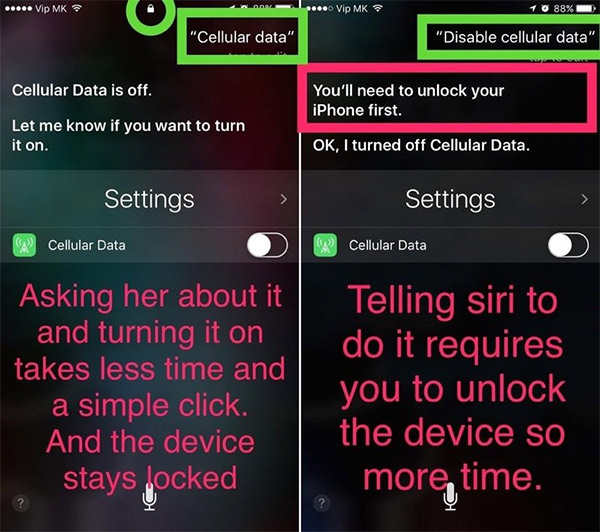 Given the fact that Siri asks for a Passcode to access cellular data when explicitly given the command, it would seem that this is the default behavior that Apple would want to honor. This on-screen toggle appears to negate that process.

The real question here is whether or not this little iOS niggle – which has been tested on iOS 9 through to the latest iOS 10.3.3 beta – actually offers any real-world impact for users. Toggling Airplane Mode on is a simple enough way to disable cellular data and network access on the device for anyone who has malicious intent and requires the device to be disconnected entirely from the grid. It’s unlikely that this bug will cause any noticeable problems to anyone.