With E3 commencing today, it’s all about the games, and with Microsoft having spilled the details on a bunch of eagerly-anticipated titles including Call of Duty: Advanced Warfare and Halo 5, it’s almost Sony’s turn to take center stage and unleash some announcements of its own. If you’re a PlayStation fan and have been eagerly awaiting news, you’ll be pleased to learn that Battlefield Hardline has just arrived as a beta to the PlayStation Store, and with a simultaneous beta also rolling out for PC, fans of the immensely-popular franchise will be able to aid the process of creating yet another great installment.

First-person shooters, as a format, tend to be the most popular, and given the continued success of the CoD series, the recently-released Titanfall and many others like them, it’s no surprise to see the developers and publishers continually churning out releases on a regular basis. 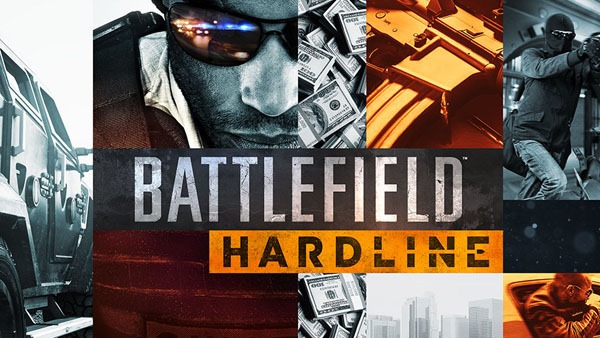 Battlefield has long since pushed the boundaries in terms of both graphics and game play, and now, Battlefield Hardline will look to entice the shoot-’em-up-loving faithful with this public beta. The title doesn’t launch in full until October 21st, so don’t go expecting anything like finished article, but rather a flavor of the kind of thing you can expect when playing the complete, retail edition later on in the year.

If you’re on PS4, you can pick up the beta through the PlayStation Store, provided you’re in the ownership of Battlefield 4. Those on PC can sign up for the beta over at EA’s website, but you’ll need to get in quickly as places are limited and EA is operating a first come, first serve system. Simply point your browser to: battlefield.com/hardline/beta to sign-up right away. Once you’re in, you will be notified via email when the beta is ready for download.

Keep in mind though, the closed beta for Battlefield Hardline is not available for Xbox One, Xbox 360 and PlayStation 3. 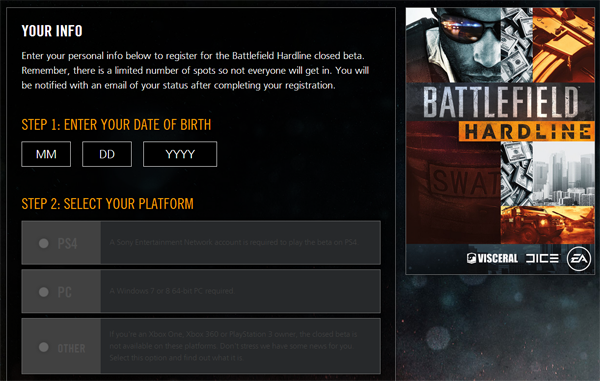 As well as PC and PS4, Battlefield Hardline will be coming to the Xbox One, and EA also took the opportunity to today confirm that it will also be available on the Xbox 360 and PlayStation 3. Even though it’s been only eight months since the two new consoles arrived last holiday, there’s that real fear among gamers that developers will begin to overlook the older machines for the pivotal, new games such as this, but fortunately, for now, it’s still early enough in the day for EA to deem Xbox 360 / PS3 support a worthwhile pursuit.

As aforementioned, Battlefield Hardline will make its way to market on October 21st, and as ever, we’ll endeavor to bring you any updates on its progress as and when it becomes available.