With Apple’s iDevices the most popular in their respective fields and Windows by far the most-used OS, many gadget fans find themselves lost in translation. For whilst the fruit company’s philosophy is focused around a streamlined, over-the-air infrastructure, Windows is a little more bread-and butter – leaving perks such as AirPlay specific to OS X users. 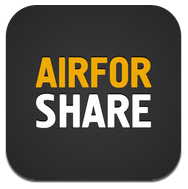 A new app by BirdsCorp appears to give Windows users some respite though. AirForShare allows multiple iOS devices to wirelessly share text, links, and files not only between each other and OS X, but also between Windows computers and Windows Phone devices.

The process is a little drawn-out, with files uploaded to AirForShare’s web server for secure downloading by anyone connected to the same WLAN, but unless you’re a Mac user, there aren’t many decent alternatives out there. Free to download, and boasting a completely free service, it’s also not straddled with unwanted ads – a usual feature of anything marketed as ‘free’. 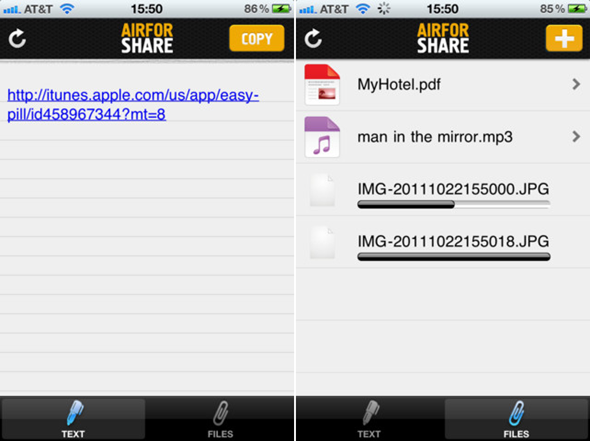 As the name implies, AirForShare is a clipboard service which provides easy sharing between otherwise incompatible devices. Before you willfully leap into the App Store and download the app, it’s important to consider that there are a few minor caveats. Files uploaded can be no larger than 5MB, so no feature-length videos or large audio files can be shared this way. In addition, files are only kept on the server for half an hour, but then again, this isn’t – and doesn’t intend to be – a long-term file storage solution; after all, there’s always Dropbox amongst the many hundreds of cloud-based services which cater to mass-storage.

As you can imagine, only compatible files can be opened once downloaded, so your .exe’s won’t open on your iPhone, iPad or iPod touch, but those common files such as .pdf, .jpg, .txt, .gif, and .mp3 can be shared cross-platform without any issues.

AirForShare 1.0 for iOS is free and available to download via the App Store.