If you have a long-running love affair with the jailbreak community then you may be familiar with the Cydia Eraser tool released by Jay Freeman Saurik. Basically, the tool did exactly what it says in the naming convention and worked to erase Cydia from the device and remove all aspects of the jailbreak to ensure that the device was back to running a stock version of Apple’s iOS platform.

Like a lot of Freeman’s other offerings, Cydia Eraser hadn’t been updated for a while and wasn’t compatible with newer versions of iOS, leaving developer @pwn2wnd of Electra team no choice but to step in and take control of the reigns with a new tool.

And that new tool is what we now have access to in the form of SemiRestore11. To remove any confusion, @pwn2wnd had initially started talking about a tool called Rollectra, which was essentially the same tool designed with the same functionality in mind.

The developer has now taken over the development responsibility of the SemiRestore tool by CoolStar (another member of team Electra) and has renamed the Rollectra package to SemiRestore11 / Rollectra, which is the exact package that is available to download and consume right now from the Packix Repository (repo.packix.com) within Cydia. But, of course, with future versions of Electra, this will be available from Sileo and not Cydia. 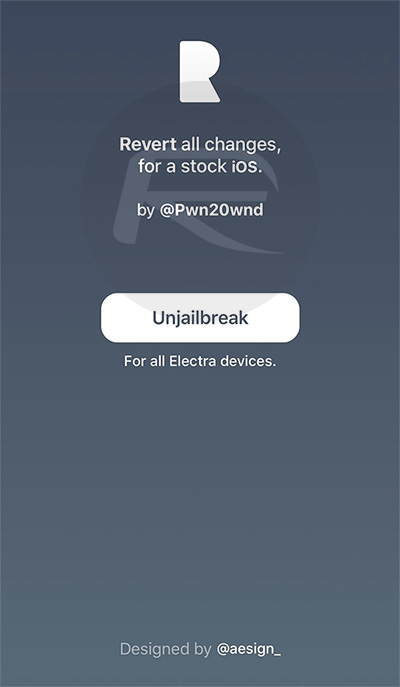 Times they are indeed changing! With the new SemiRestore11 / Rollectra tool, jailbroken device owners will essentially have a one-touch solution to “unjailbreak” their device with a rapid turnaround time of less than a single second. Yes, that’s right, the claim is that it can take advantage of the APFS snapshot functionality and other scripts to wipe the device and put it back to stock in less than a second.

SemiRestore11 / Rollectra can be grabbed from the following repo in Cydia: repo.packix.com.