Scrobbler For iOS Connects Last.fm To iPhone, Recommends Songs Based On Music Taste

In this Digital Age, we’re somewhat spoilt for choice when it comes to finding new music. Not only are there countless download and streaming services available at our fingertips, but most of them also point us in the direction of other artists and songs we’d perhaps like, based on our listening habits. Last.fm is considered by many as the go-to service for the discovery of new music, and although several scrobbling apps have been released by third parties as well as Last.fm itself, todays App Store debut of Scrobbler for iOS presents an app truly worthy of the popular service.

Last.fm is, primarily, an aggregator for the scrobbling – or counting up – of musical tracks. You set up an account, connect your music players to said account, and Last.fm automatically paints a picture of your musical tastes. It will pick up on information such as when you last played a track, or how often you’ve played a particular artist, and is a nice accompaniment for those taking more than a fleeting interest in their musical habits. 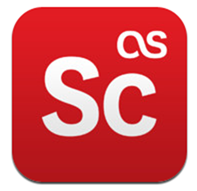 What started out, many years ago, as a simple aggregator has turned into a full-on music service, with all the associated bells and whistles. The radio function, for example, ties artists together, so if you were to select an artist and play their radio, you would hear other songs from artists within that particular genre or type of music. 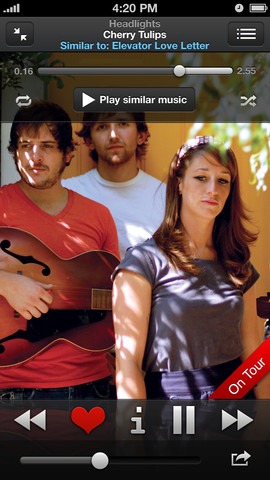 Scrobbler for iOS takes the great functionality of the web service, and drags it to Apple’s mobile OS. There is no shortage of radio-based apps for iOS, granted; but in terms of the full package – recommendations, tour information, the whole caboodle – Scrobbler for iOS delivers an all-in service for music aficionados. 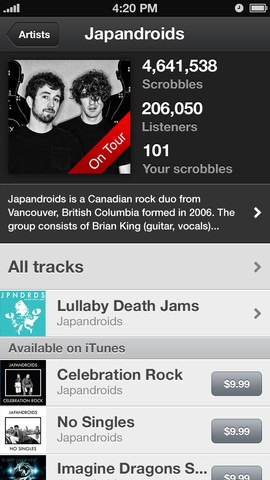 The app itself is relatively basic. It allows you to play any of the tracks found in your Music app, with a familiar set of controllers allowing you to view more info, like, and buy music through iTunes.

Essentially, it’s Last.fm tailored to the mobile device. But we wouldn’t have it any other way, and if you’re a Last.fm subscriber, you’ll want to grab the free app from the link provided below. 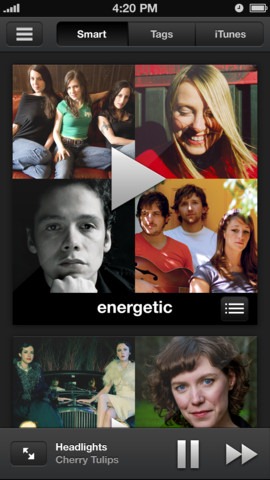