Twitter’s meteoric rise to fame and once they get their business model together, fortune, has been a sight to behold. Since its inception a few short years ago, Twitter has grown to be one of the most powerful and most used social networks on the planet. 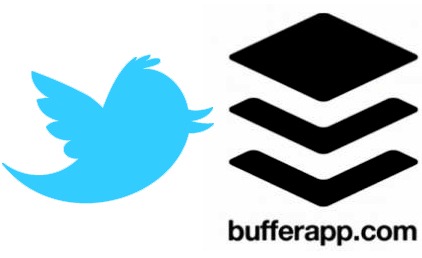 Granted, it still lags behind the behemoth that is Facebook but, frankly, so does everyone else. What makes Twitter so special is its short-form, to the point messages. But it does have its flaws.

Twitter has changed a great deal since people first started to put together those 140 character messages, with @replies, lists, direct messages and more becoming an integral part of the Twitter experience over time. But there is still something missing, something that individuals and companies alike have been crying out for – tweets that can be pushed out at a predefined time and date.

Of course, I’m talking about scheduled tweets, and one web-based app is promising to fill the void, and it’s a gem.

Some of you may have heard of Buffer. Hell, some of you may even be using it right now, but for the rest of us, here’s a brief run down courtesy of the guys behind the magic.

We designed Buffer to offer you a both personal and yet more efficient solution to handle twitter.

Buffer makes your life easier with a smarter way to schedule tweets. Work out all your tweets at one point in time during the day. Then fill up your Buffer with your tweets and Buffer schedules them for you. Simply keep that Buffer topped up and you will then be tweeting consistently all day round, all week long.

Never flood your followers again.
Add Tweets to your Buffer and we spread them out for you during the day.

Put simply, Buffer offers a service that will tweet whatever message you ask it to, whenever you want it to.

On top of the ability to push tweets out at given times, Buffer also offers analytics, telling you just how many times links were clicked, messages were retweeted and more, all this for free.

As with all good web startups these days, there’s a real business model behind Buffer, which comes in the form of paid accounts with increased options and features – ideal if you’re a business that needs more control, and improved tools. 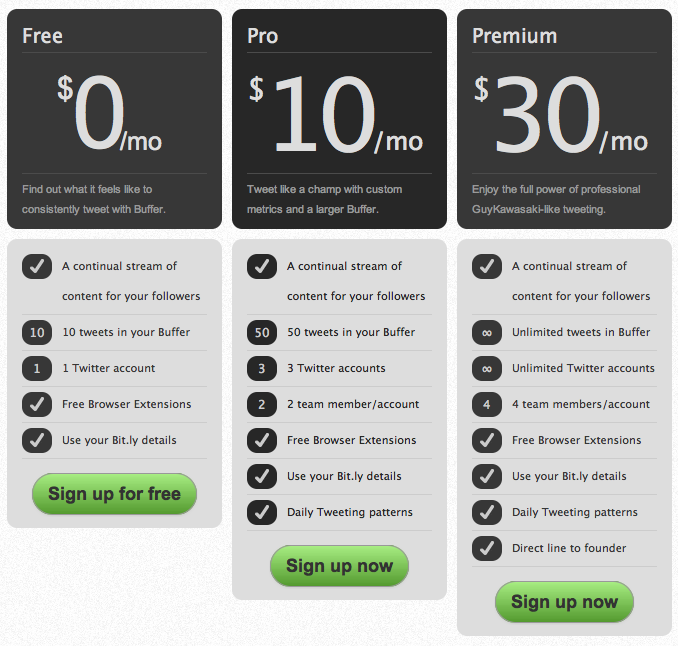 And Buffer isn’t standing still, either.

All in, Buffer is one of those tools that is much loved by its users, but ultimately doesn’t get the recognition it deserves.

Head on over to Buffer now and sign up, even if it’s just for the free account which they have to offer – we’re sure you’ll like it!