The Scale package is a new jailbreak tweak that offers similar functionality to a number of Cydia offerings already out there with a couple of notable differences in the way the feature set is implemented. You may not immediately guess from the tweak name but Scale manages to find itself at home within the stock Music player app that ships with Apple’s iOS, and it gives users the ability to share their musical choices with their connected social world.

We’ve already seen a number of tweaks in Cydia that allow the currently playing music information to be shared, but a lot of them exists as Notification Center or Dashboard X based widgets that require a new view to be invoked before actually sharing the information. In addition to that, a number of the more powerful music playing apps like Pandora and Spotify have native sharing capabilities within them as default, unlike Apple’s own Music app. Considering Apple had a bash at their own social sharing network with the doomed Ping! creation, it seems a little strange that iOS doesn’t offer any sharing for music through the dedicated app. 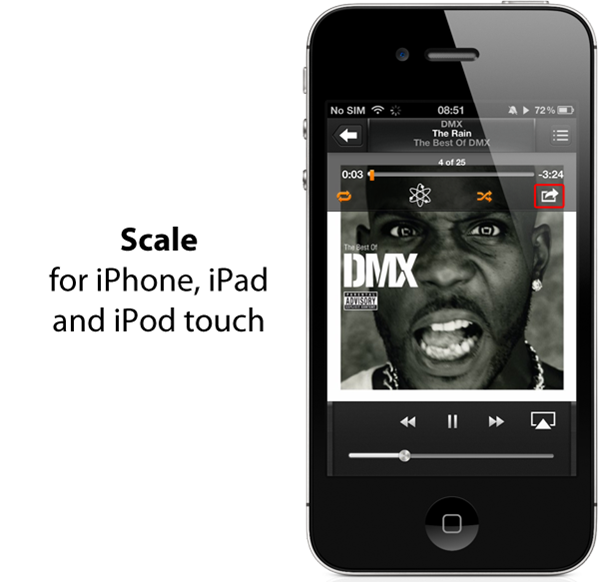 Scale offers a solution to this by adding its own sharing button within the Music app, that when tapped produces a nice action sheet that outlines a number of sharing methods that users can take advantage of. The first in the list gives iOS music lovers the ability to share the now playing information via a configured email account on the device. In addition to that it is also possible to share the information through the Messages app, sending as either a text or an iMessage. No social sharing enhancement would be complete with the ability to post to Twitter, which is something that has been made extremely easy thanks to the Twitter frameworks in iOS 5. 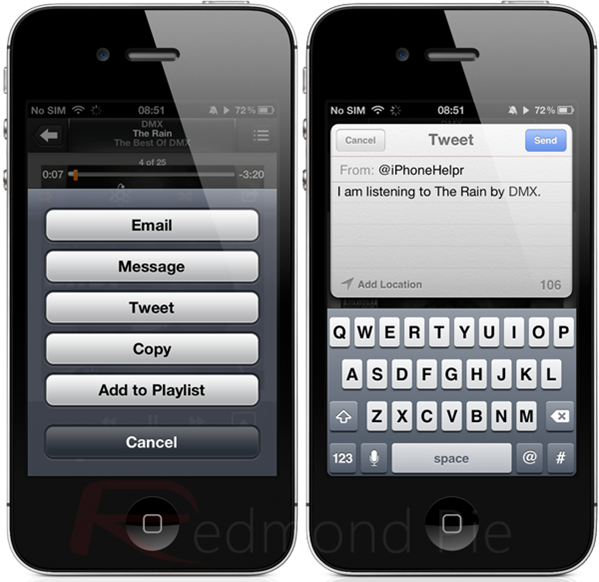 Copying the song name, artist and album title is also extremely easy with the simple press of a button. Last but not least, Scale offers the added feature of being able to quickly add the song to a defined playlist that is then accessible through the Playlists section of the Music application. For those that have an iOS 6 device and are waiting for a jailbreak, Scale will be compatible and will also offer Facebook as an additional sharing method thanks to the native Social frameworks.

Scale is available as a free of charge download from the BigBoss repository and requires a jailbroken iPhone or iPod touch running iOS 5 or higher.