Saurik Says Jailbreaking Should Have Stopped At iOS 9, Regrets Having Worked On Cydia, More

The jailbreak community has never been one that was known for its patience, but it seems that the father of Cydia, Jay (Saurik) Freeman is starting to become frustrated with it all the same.

The pwn20wnd team has almost gotten the iOS 12 – 12.1.2 jailbreak ready for devices running A12-12X Bionic chips including the hotly requested iPhone XS and iPad Pro, but they won’t make it available to the public until Cydia Substrate is ready to go. And it isn’t, currently.

Saurik is currently working on fixing that, but with the jailbreak unable to work at its best for the vast majority of people without a Cydia Substrate update, the whole community is turning to him for answers.

That’s led to the man himself taking to Twitter to outline his frustration at the community as a whole, with him being harassed over when the Cydia Substrate update will be ready.

Amazingly, the man himself also goes on to say that he wishes he hadn’t worked on Cydia in the first place, which is quite the turnaround for someone who made jailbreaking possible for so many people. 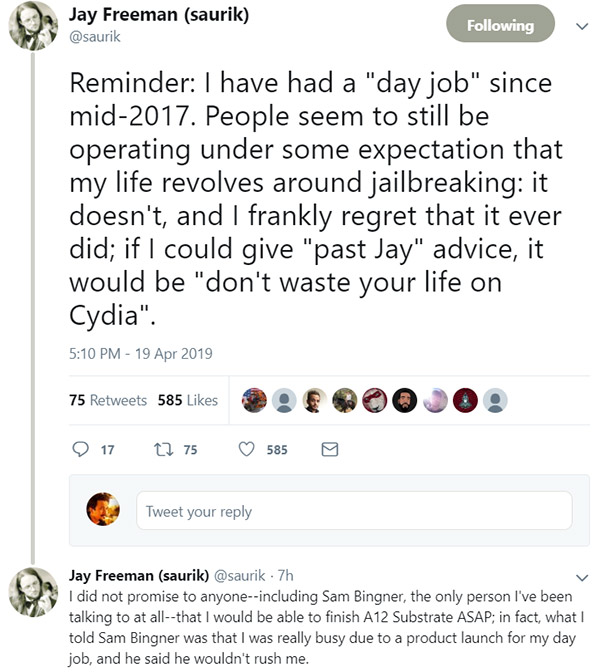 However, if those same people are making his life a misery and demanding something from him that, ultimately, they will never pay for then that’s just not on. 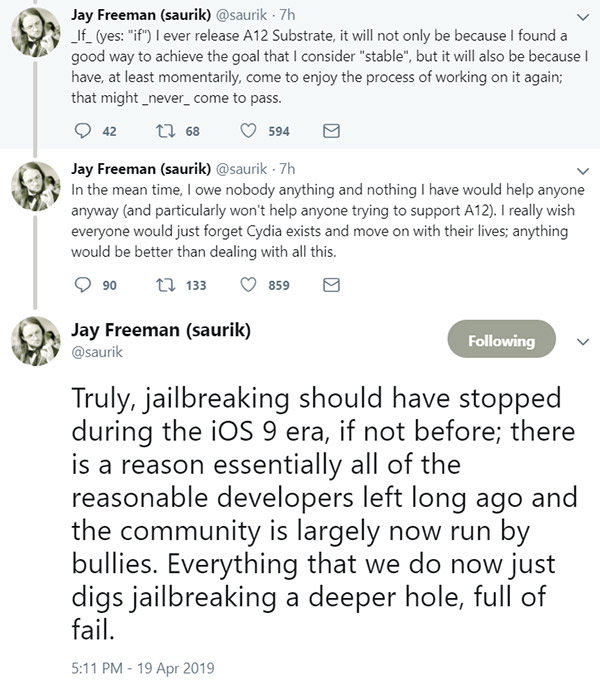 He’s spent huge amounts of time, for free, making tools for jailbreakers over many years now and if this is how he’s repaid, we wouldn’t blame him for walking away right now.

Hopefully it won’t come to that.

If you haven’t jailbroken yet, check out our video tutorial below on how to jailbreak iOS 12: