Samsung Working On A Galaxy Smartphone With Wraparound Display, Releasing In 2014 [Report]

Whether you love or loathe the Korean electronics outfit’s products, it’s a fair assessment that the mobile world wouldn’t be the same without Samsung. Tenacious and audacious in equal measure, the company seems to know no limits when it comes to experimenting with new technologies and ideas, and now Bloomberg is reporting that Samsung plans to release a smartphone with a wraparound display in 2014.

The Galaxy S and Galaxy Note range has underachieved this year in terms of sales, and as such, we’ve already heard rumors that the Galaxy S5 will be arriving a great deal earlier next year in order to compensate. It has also been said that the company’s two marquee handsets will also include vastly improved cameras as Samsung looks to rejuvenate its brand amid the likes of the HTC One and Google Nexus 5.

But the wraparound display is a new one, and if true, would certainly crank up the interest-o-meter. As yet, it is uncertain whether this new panel will serve either the Galaxy S5 or Galaxy Note 4, or whether Sammy intends to launch a completely new device or product line to facilitate it, but in terms of reading, watching movies and general use, the viewing angles offered by such a display would be vastly improved.

Bloomberg‘s report goes on to state that no release date yet exists for the wraparound displaying handset, but if there is any substance to these claims, it will, in all likelihood, arrive during the second half of the calendar year. 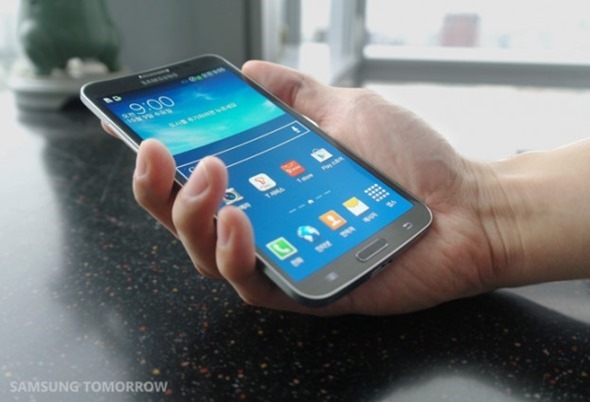 Not all of Samsung’s brainwaves have gone down well with consumers, but while many folks baulked at the idea of a phablet, the company’s Galaxy Note has found a home among those looking for bigger and bolder. With that said, each new Galaxy S and Note device has seemed to crank up hardware while retaining the same kind of form factor, and while this tactic seemed to be working well, this year has shown that both devices could do with a little more edge and appeal.

Could a wraparound display be the answer to Samsung’s problems? Would you consider the next-gen Galaxy or Note device more if it was included as a feature? Share your thoughts below!