Apple today released iOS 12.3 for iPhone and iPad, and alongside the update Samsung has also made AirPlay 2 and the new Apple TV app available on its latest smart TVs.

The list of supported televisions amounts to all 2019 Samsung smart TVs as well as some of those that were released in 2018. 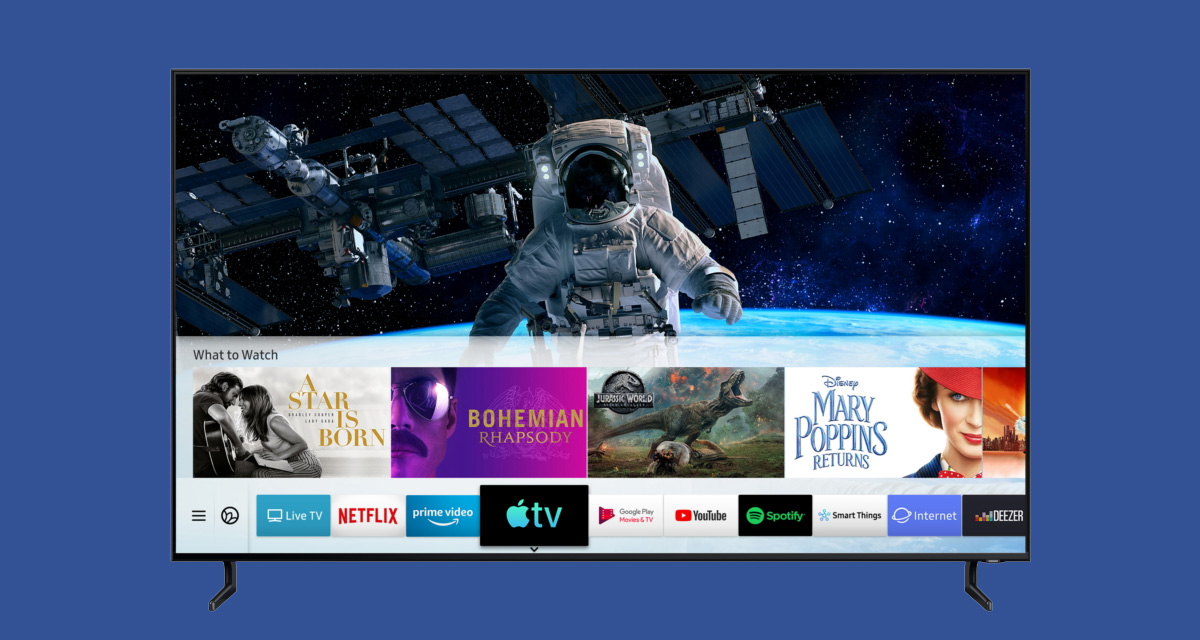 If you have one of the TVs outlined below, and live in one of the 100 countries it’s supported in, you now have the new TV app available to you. Samsung says that AirPlay 2 is available in 176 countries, too.

With the addition of the new TV app, Samsung TV owners will be able to access TV shows and movies via the growing iTunes library, much of which is available in 4K and HDR.

“For the last decade, Samsung has been at the forefront of offering the broadest selection of content available to consumers on our Smart TV platform,” said Won-Jin Lee, Executive Vice President, Visual Display Business at Samsung Electronics. “As the first TV manufacturer to integrate the Apple TV app on a Smart TV platform, Samsung continues to offer our customers incredible value and access to the Apple TV app experience on the largest screens available today.”

The addition of support for the TV app to Samsung TVs means that the app will also work with Samsung-specific features, including the much derided Bixby smart assistant.

While Samsung is the only TV maker to have the TV app available currently, AirPlay 2 is a feature that is coming to other TVs in the future including LG, Sony, and Vizio.