Sometimes Samsung really just cannot help itself, because when you think that things may be taking a turn for the better with the company having put out arguably its two best smartphones yet in the Galaxy S6 and Galaxy S6 Edge, it still manages to drag itself into the gutter.

The latest show of why Samsung needs to focus on itself more and the competition less comes in the form of two new ads that have appeared on its YouTube channel. Called S6 V 6: Wireless Charging, Wide Angle Selfie and Galaxy S6 V 6: Edge Display, we’re sure you can start to guess what the ads are going to do. 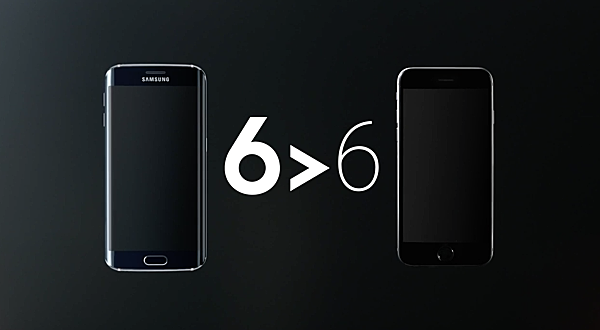 The first of the two focuses on the Galaxy S6’s ability to charge wirelessly using the Qi standard, which is handy. But wireless charging isn’t anything new in smartphones, and Samsung itself is very late in adding it compared to all other Android and Windows Phone manufacturers out there. The ad also focuses on the S6’s wide angled front facing camera lens. Or at least, it’s wider angled than the iPhone’s.

As if to really drive the point home, Samsung’s second ad follows much the same recipe but this time chooses to focus on the S6 Edge’s curved display, showing off how it can light up to alert for incoming calls or show the time or other information. The iPhone 6? Well, that just has some boring buttons.

The ads are actually mildly amusing if you can overlook the sarcasm but we can’t help but ask Samsung about whatever happened to those previous ads bashing iPhone for non-removable battery, non-expandable storage and no waterproofing? Oh wait. And that slogan ‘6 is greater than 6?’ Whoever thought that up needs to have a good strong word with themselves.