When it comes to covering every nook and cranny of the mobile market, none can compete with Samsung. Almost every tech shop you walk into nowadays features an abundance of smartphones and tablets bearing the Korean outfit’s famous logo, and according to reports out of the company’s homeland, a sizeable 12-inch tablet PC could be in the offing for an October release. The slate would, if legit, comfortably be the largest tablet to manifest itself from Samsung’s design room, and for all that real estate, consumers can expect a resolution exceeding the threshold of full HD.

There has been some rather ambitious talk of Apple offering a 12-inch iPad, and many have been quick to question the need for such a large device. In the case of Samsung, however, bringing devices with larger displays has never been an issue, and with the Galaxy Note range having forged a whole new ‘phablet’ market amalgamating smartphone features with tablet-esque dimensions, the company looks set to push the boundaries once more.

Surprisingly, the report from The Korea Economic Daily suggests the 12-inch slab will be a tablet ‘PC’, which means it would be driven by Windows under the hood, and while general users mightn’t be taken with the perceivably unwieldy gadget, many power users will be frothing at the mouth.

Specific details on the purported tablet are currently at a premium, but if the 12-inch device does include a better-than-HD display as is suggested in the report, you can almost be certain that the hardware packed within will be of the high-end variety.

If you happen to have seen the Galaxy Mega, you’ll know that Samsung knows no limits when it comes to mobile devices, and with the Galaxy Gear smart watch and Galaxy Note 3 expected to arrive early next month, Samsung fans could already have even more to look forward to in what is shaping up to be an incredibly busy fall for those associated with tech. 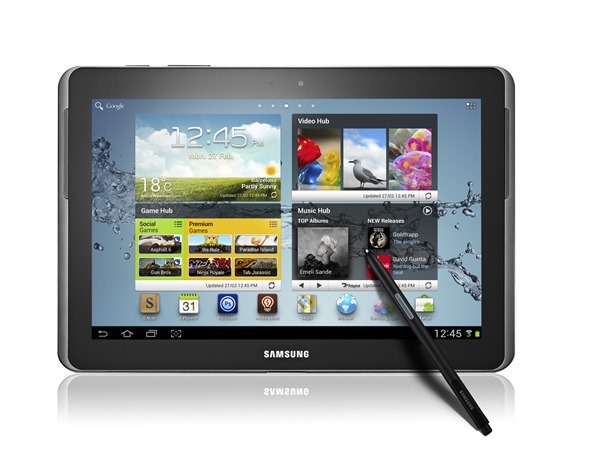 We will keep you updated on any further reports pertaining this larger-than-life tablet, but in the meanwhile, do you think the market needs such a super-sized slate? More importantly, would you ever consider purchasing one for yourself, for work, or for any reason for that matter? Share your thoughts in the comments section below!