We’ve already told you about a few of Samsung’s recent ads that are all based on its new “Ingenius” series, all of which are meant to poke fun of Apple, its users and the Geniuses that work in its stores.

They’re generally the standard fare that we have come to expect from Samsung – take something about their smartphones that is genuinely great, but then ruin the message by focusing on the iPhone instead. 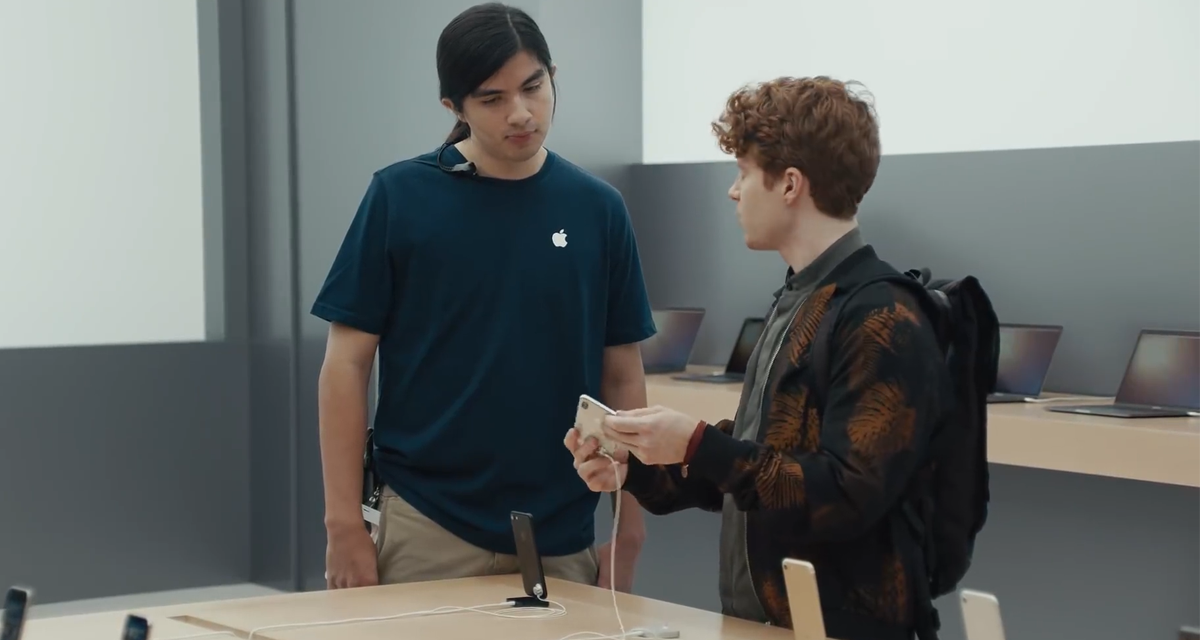 Now we have three new ads to take in, this time mocking the iPhone X’s notch, the lack of an SD card slot and the fact there is no split-screen multitasking of which to speak.

Starting things off we have the notch, something Apple certainly did not pioneer but has become the target for much of the ire relating to it. Apple is certainly not alone in using a notch on its phones and 90% of the Android market has followed suit since the iPhone X launched late last year, but Samsung is not letting that stop it from going after Apple here, pointing out that the notch covers some of the display when users are watching a movie.

“It does still cover up some of the movie,” says customer who seems to be none too keen on the notch. “It takes time to get used to it,” the faux Genius responds before the ad cuts away to a family with notch-style haircuts. Obviously Samsung’s Galaxy S9 does not have a notch, although the bezels that the notch negates are.

Moving on, Samsung takes aim at the lack of a microSD card slot on the iPhone X, something Samsung’s phones boast as a matter of course. In the ad a customer asks where the slot on their iPhone is. “I can’t find the microSD slot,” she points out to the Genius. “Yeah, that’s because it doesn’t have one,” the employee responds. “Oh, Galaxy S9 has one,” she retorts before going into a spiel about how she does not want her content to live i the cloud.

Finally, multitasking. Samsung’s phones have offered split-screen multitasking for years and frankly, it can be super useful. With iPhones getting larger there is no reason for them to not support split-screen apps, and Samsung seems to agree. In the ad a user says “I wanna know how to do the split screen because my sister was doing it on her Galaxy S9,” something that the iPhone simply cannot do.