Never one to shy away from a shameless marketing strategy, Samsung has officially announced the Galaxy S7 Edge Olympic Games Edition. We hate to imagine how big the box is going to be just to fit all that text on!

Functionally identical to a normal Galaxy S7 Edge, the new handset features a new color scheme which uses the official colors of the Olympic Games as its palette. The re-skin goes further than hardware though, with Samsung saying that it has altered “the home and lock screens as well as the message, dial and contact screens and notification bar” to match the new colors. 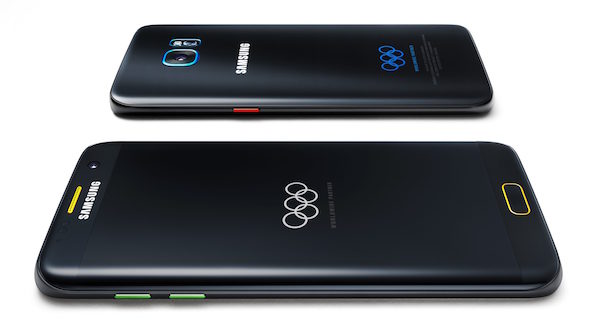 As well as giving thousands of the handsets away to Olympians, Samsung is going to offer exactly 2,016 Galaxy S7 Edge Olympic Games Editions to customers around the globe, but when they are gone, they are gone forever. Those looking to pick one up will be able to do so from July 18th in countries such as Brazil, the United States, China, Germany and Korea. We assume that other countries will be getting in on the action as well, but those are the ones Samsung is talking about right now.

In collaboration with the International Olympic Committee (IOC), Samsung will deliver 12,500 Galaxy S7 edge Olympic Games Limited Edition and Gear IconX to all Rio 2016 Olympians, helping them to enhance their experiences in Rio and communicate with family and friends around the world more conveniently.

If odd-looking editions of existing smartphones tickle your fancy then this is arguably one of the most aesthetically pleasing we have come across of late, but we still think the standard Galaxy S7 Edge is more of a looker. 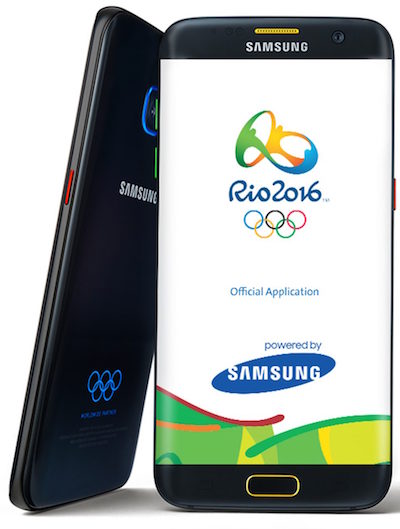 We don’t yet know how much this thing is going to cost either, so make sure you factor that in when making your purchasing decision.