When it comes to promoting a new or upcoming product, nobody does it quite like Samsung, and in the past couple of weeks, we’ve seen quite a bit of the Galaxy S6 and its curvaceous cousin, the S6 Edge. While it’s often quite difficult for folks to justify purchasing a new smartphone every year, the manufacturers are going above and beyond to convince you that their Next Big Thing is worth parting with vast sums for, and while the Galaxy S5 remains a solid smartphone, Sammy’s head-to-head comparison of old versus new may just sway you closer to the latest model.

We have seen it across the mobile industry in recent years – vendors are hitting something of a plateau in terms of what else they can do to improve things. Since Samsung has held back on premium design until now, the company’s decision to go with a higher-end profile means it’s a substantial departure on the preceding S5, although for the purists, it’s all about the technical specs. 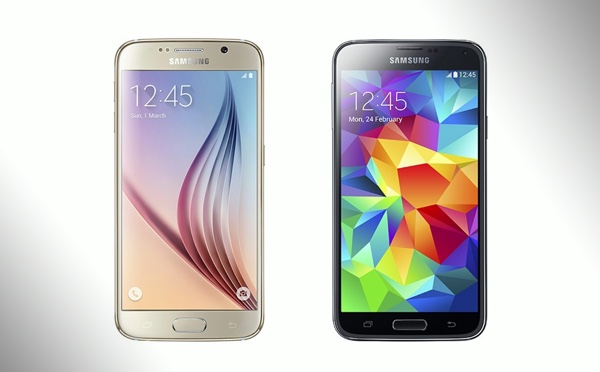 Samsung has put the S5 and the S6 alongside one another and compared a few of the key hardware aspects. While there’s no doubt that the S6 wins in terms of raw power, the Korean company has been rather selective about which bits of info to include, and as such, has neglected to mention the fact that the S6 does away with many perceived “freedoms” like removable battery, waterproofing and microSD slot.

Still, there’s no question that the Galaxy S6 packs a mean punch, and as you can see via the infographic, the Quad-HD display bests the S5’s 1080p panel which, only a year ago, was lauded as the best in the business. Folks were also tripping over one another to heap praise on the Galaxy S5’s rear-facing camera, which has been improved upon with the S6, and with a stronger processor and three gigs of DDR4 RAM, the Lollipop software should – one would hope – run without notion of lag.

The Galaxy S6 and S6 Edge will have designs on competing with the iPhone 6 / 6 Plus as well as whatever Apple decides to throw out later on this year, but will also go head-to-head with the likes of HTC’s One M9. The Taiwanese company’s latest effort is probably the clearest example of how companies are generally stumped for new ideas, bringing very little to the table when compared (visually and technically) with the One M8, but along with the rumored LG G4, still poses a threat.

Do you think the Galaxy S6 is worth upgrading an S5 for? Check the infographic below and do let us know what you think in the comments. 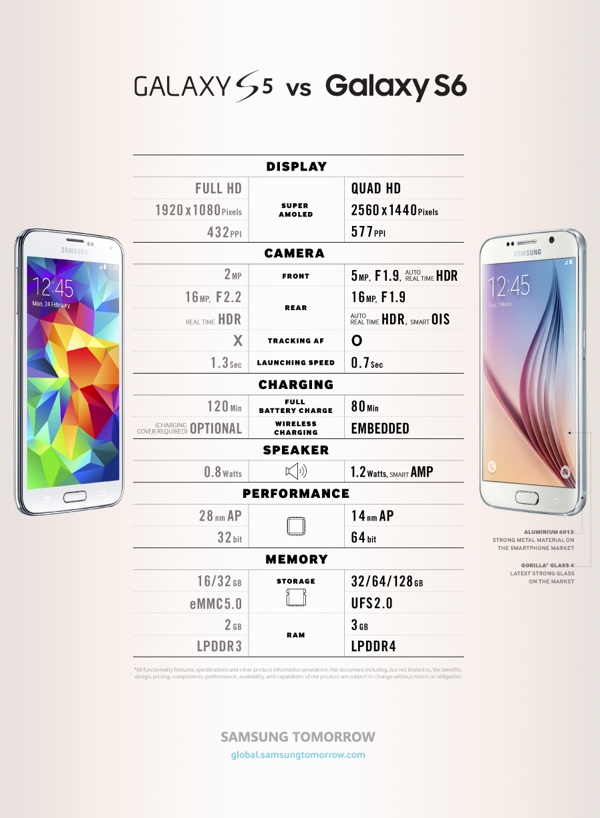