Microsoft has revealed release date of Halo 5: Guardians for Xbox One, along with a duo of live-action trailers. More details on the matter can be found right here.

343 Industries – along with Microsoft – are planning to launch Halo 5: Guardians on October 27, 2015. The date was announced alongside AMC’s The Walking Dead finale this Sunday night where two live-action trailers of the game were also premiered. 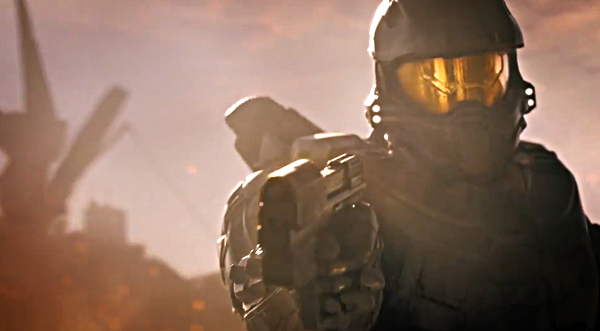 Halo 4 was released back in November 2012, and it’s been over three years since fans got their hands on the same overwhelming first person shooter experience that defined the franchise since its first release. The trailers showcase one of the biggest moments in the Halo universe where the legendary character Master Chief has been pitted against Spartan Locke, the UNSC’s top manhunter. According to Microsoft, this would be “the greatest gaming lineup in Xbox history”. Unfortunately, Halo 5 will be launched exclusively on the Xbox One, which means Xbox 360 users are out of luck here, but this title should serve as a good reason for a lot of gamers out there to upgrade.

The two trailers highlight Locke’s mistrust in Master Chief as he draws in on him, questioning his legacy and motives, proclaiming to be disappointed in the man who was supposed to save them all but ended up being the cause of it. The second part of the trailer shows a rather contrasting scenario where Locke is shown injured at the steps of a statue of Master Chief asking him if all his efforts were worth it, in what looks to be a reversal of roles. Dual endings? Quite possible, and this is exactly what is adding to the excitement this time around.

According to Bonnie Ross, Head of 343 Industries, the experience of the scale of the worlds and battles in Halo 5 will be unlike anything seen in previous Halo releases, including the addition of the “Hunt The Truth” episodic narratives revealed on the 22nd of March. “We want to amaze players with the sheer size of the worlds and battles they’ll experience, even as they question everything they thought they knew about its heroes, marvels and mysteries. #HunttheTruth is only the beginning and we can’t wait to debut the game to Xbox fans around the world at E3 this June.”