Over a month ago at Mobile World Congress, Samsung took to the stage to make the highly anticipated announcement of their newest flagship for 2014. No surprises were presented when they officially revealed the Galaxy S5, successor to the popular Galaxy S4 and king of the most successful Android flagship series, the Galaxy S line. With the release of the new HTC One M8 – which has continued to boost HTC’s reputation amongst the tech community – Samsung has got a lot to accomplish with this phone.

Even with pressure mounting on Samsung to move away from their traditional construction, Samsung has continued to use mainly plastic materials in the build of the Galaxy S5. If you happen to be a fan of this, chances are you know what you’re getting, though it is slightly disappointing for me – especially considering I’ve been using the HTC One M8 for the past 2-3 weeks. In essence, if you’ve used a Samsung Galaxy S4, Samsung’s new phone will feel familiar. This is neither a good nor a bad thing. After all, the Galaxy S4 was a fantastic smartphone. What it does do though, is indicate that Samsung is just as capable as Apple to give a phone the ‘S’ treatment, improving specifications and internals without creating an entirely new phone year on year. I’m not entirely a fan of this methodology, even if it does seem to work well for Apple. 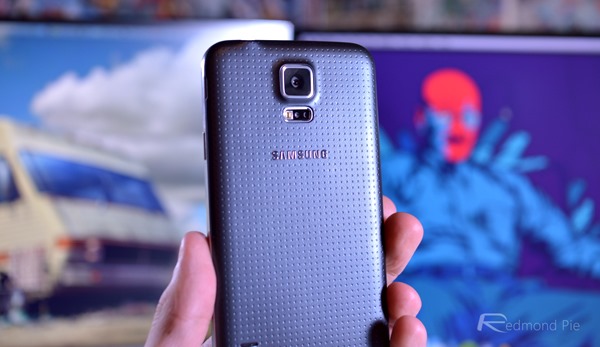 The Samsung Galaxy S5 is without a doubt going to be one of the most popular Android phones of this year. Samsung is becoming the household name for Android, just like the iPhone used to be for smartphones. I will need more time to play around with the device – we will be bringing you far more coverage on it – but it’s shaping up to be a good smartphone, if you’re happy to sacrifice some of that build quality that you’ll find on HTC’s newest flagship. Personally I’m a huge fan of aluminum smartphones, so I don’t see myself switching over permanently, but if you’re more inclined towards the plastic side of the fence, this could well be the phone for you. 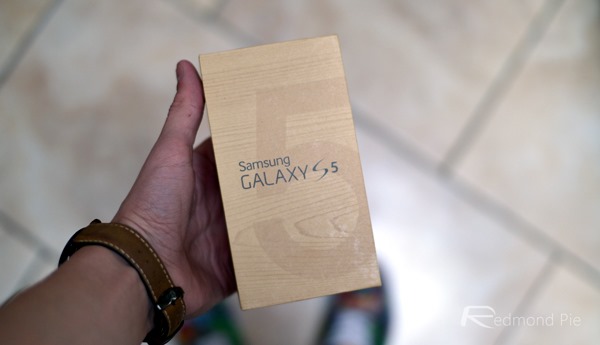 As stated above, we will be bringing you extended coverage on the Samsung Galaxy S5, comparing it to the new HTC One M8 and much more. I’m excited to use this phone for a few weeks and see how my experience with it fares. My full first impressions and unboxing video can be found below.