As far as Android is concerned, the Galaxy S5 from Samsung is the most eagerly-awaited handset of the year, and and with numerous reports of the device releasing in the near future, it now appears as though we may have a list of the all-important tech-specs. Although many of the mobile industry’s major releases, including some of Samsung’s previous devices, have been accused of hardware overkill, there’s still something mightily impressive about big, bad specs that seems to draw us geeks in, and if a recently leaked AnTuTu benchmark is anything to go by, the Galaxy S5 will be every bit worthy of the ‘powerhouse’ label.

The benchmark leak details a full HD 1920 x 1080 display boasting 480 ppi, which will certainly come in useful when checking out snaps and videos captured on the 16-megapixel camera rear-facing shooter. Sure, the number of megapixels doesn’t tell us a great deal, but with reports suggesting that Samsung is looking to notably up its game in this department for 2014’s wave of releases, we’d expect it to pack more than a bit of a punch.

Elsewhere, the benchmark also shows up a 2.5GHz quad-core Qualcomm Snapdragon 800 processor allied to a Adreno 330 GPU, and 2GB of RAM to keep things ticking over.

The reason why, despite these solid (yet not overkill) specs, we’re still touting the Galaxy S5 to be a powerhouse of epic proportions, is because, well, these AnTuTu benchmarks likely tell the story of the lower-end version of the Galaxy S5. There’s also set to be a more powerful edition with all the bells and whistles, including 3GB of RAM and a 2K display, although at this time, very little else is known of it. 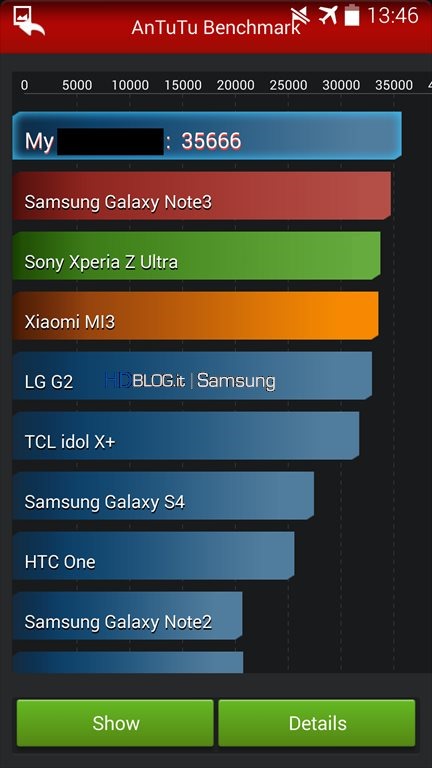 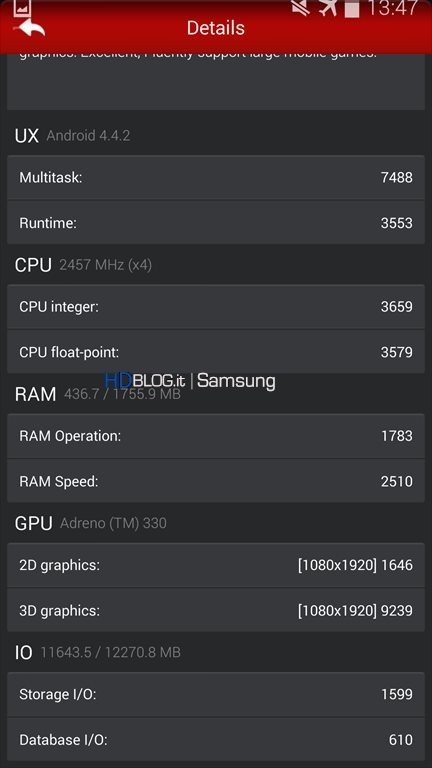 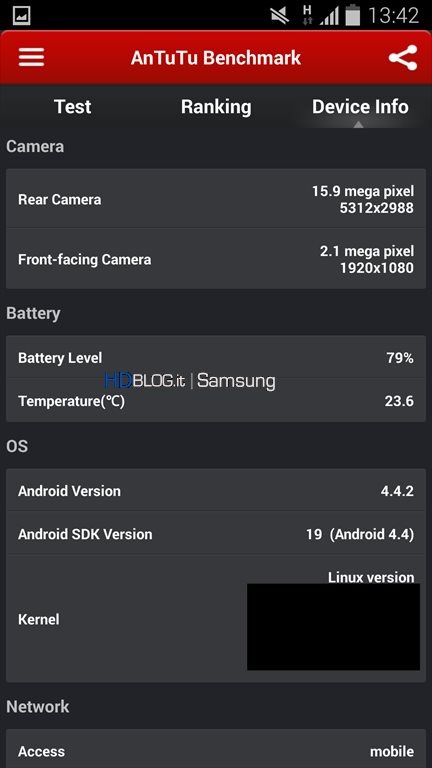 But hey, if the lesser of these two giants can boast a specs list like that, goodness knows what the main Galaxy S5 will be capable of when it does eventually release. While we may not have the details right now, though, we do know that the device(s) will be announced at Samsung Unpacked 2014 at Mobile World Congress, which kicks off later on this month. It is also expected that the Galaxy Gear 2 will make its debut alongside the new Galaxy S5.

We will be following proceedings from start to finish, so make sure you stay tuned to our coverage here at Redmond Pie!