The as-yet unannounced Samsung Galaxy Alpha is the metal-clad Android phone that many are expecting to go head-to-head with the Apple iPhone 6 in a few weeks, and with a rumored August 13th debut, it’s going to beat the Apple phone to market, too.

With leaks popping up for both phones of late, it seems that specifications and a price have already been made public via a Brazilian website while a Russian yachting event has also given us our first glimpse of the phone itself. 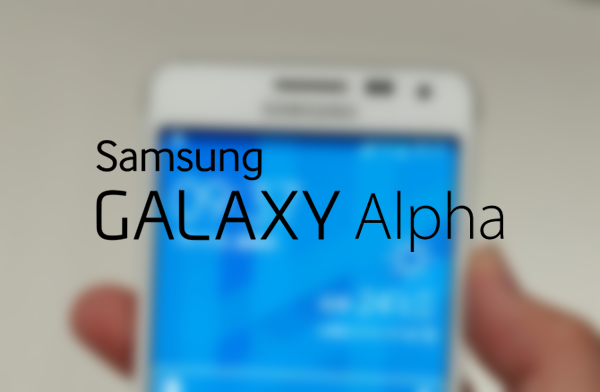 The outing in Russia saw the phone posing for photos during the event, and while the images show a phone that looks very similar to previous leaks, it appears that the outing was somewhat premature after the photos were later pulled from the regatta’s website. If phones are knocking around though, that August 13th announcement is does look more likely.

When Samsung does announce the phone, Brazilian site Tecmundo knows what the Galaxy Alpha will pack inside as well as how much punters will need to hand over in order to get one. Costing R$2,399 or just over $1,000, the phone will feature a 4.7-inch screen with a resolution of 1080×720 – which is a somewhat odd resolution for a phone if you’re asking us. 2GB of RAM will be at the heart of the phone with 32GB of storage available as a base model. Power won’t be in short supply either thanks to the octa-core Exynos chip, with four cores running at 1.8 GHz and another four at a mode sedate 1.3 GHz. A 1860mAh battery will attempt to keep all those cored running, while a 12-megapixel camera will adorn the rear of the device with a 3.1-megapixel offering up front. 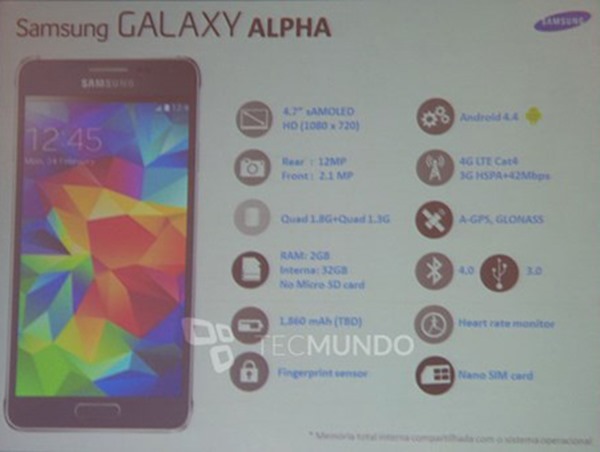 Being made of metal rather than Samsung’s preferred plastic and faux leather, the Galaxy Alpha is already garnering quite a lot of attention in the tech world before its big, official unveiling. With Apple launching its own revised high-end phone(s) in September, the game could well be afoot for the two battling smartphone giants. Or judging by the specs that are on offer, Samsung’s offering might just fail to make a big dent in the tech world.

And we can’t wait to sit back and watch.