Samsung Fights Back In Court, Claims Apple Has Infringed On Its Utility Patents

Apple has been dealing Samsung a barrage of complaints in its court case against Samsung, claiming the South Korean company has infringed on many of its iPhone and iPad design patents in creating the Galaxy series. As well as the talk of hardware, Apple has, to a lesser degree, had a question or two to ask of various UI elements, but to head off its defense, Samsung has countered by claiming Apple has infringed on a number of its own software-based patents.

Samsung’s legal team called upon the help of Harvard School of Engineering and Applied Sciences professor Dr. Woodward Yang, who analyzed three Samsung utility patents and discovered Apple had infringed upon them on a bunch of devices.

Patent ‘460 is relevant to certain aspects of email and photo browsing on devices with cameras. The three functions highlighted as amiss include sending a text-only email, sending an email with an image attached, and navigating through photos in gallery mode. Dr. Yang reckons the iPhone 3G, 3GS, iPhone 4, iPad 2 and fourth-gen iPod touch all infringe patent ‘460 on both iOS 4 and iOS 5.

The case has been all Apple hitherto, and if you’ve been keeping up with some of our coverage, you’ll be aware it appeared as though Samsung was being driven into a corner. Samsung has come out fighting, though, and Yang even showed a clip to the court of the first two functions in action.

Patent ‘893 refers to browsing photos in a gallery before returning to snap a picture, then being able to go back to the point you were in the gallery. Yang showed another clip of a user snapping a shot of an orange before returning to the iOS Photos app, telling the jury that "before this invention you’d see the picture of the orange." 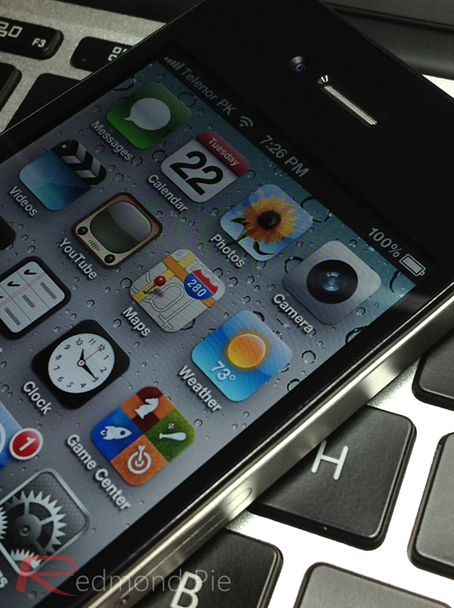 The final patent is a little less cut-and-dried, but refers to the ability to play music in the background while carrying out other tasks in the foreground. It’s aimed at a "pocket-sized mobile communication device," meaning the gripe is with the iPhone or iPod touch as opposed to the iPad. The iPod touch, you might think, isn’t a communication device per se, although Yang states the presence of FaceTime at stock level does qualify it as such.