Samsung Does It Again, Copies Apple’s “Shot On iPhone” Campaign

Apple’s now famous “Shot on iPhone” media campaign has a little bit of competition, with Samsung aping the campaign, using the tagline “Captured on Galaxy S7” instead.

While Samsung is apparently unfazed by poking fun at Apple, the iPhone, and indeed, users of the iPhone or Apple products, the company is clearly not above simply taking an iPhone 6s advert and then mauling it into a situation where it suit its own smartphones. While “Captured on Galaxy S7” may not be as catchy as Apple’s original, Samsung is likely to do well with the campaign. 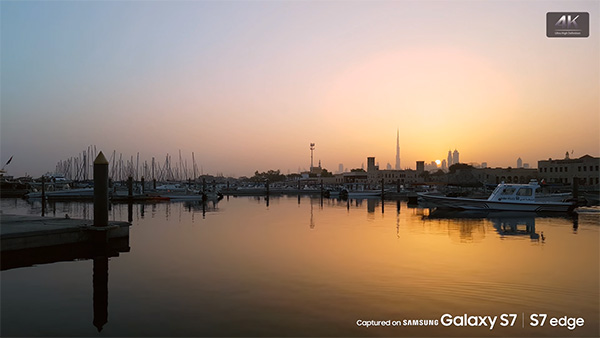 As Apple already knows, Samsung has begun to realize that users use their smartphones a lot during the day, and taking photos is a big part of that. Showing what the company’s hardware and software is capable of isn’t the worst idea in the world.

Designed to show off the 4K video recording and still photography chops of its flagship Galaxy S7 and Galaxy S7 Edge smartphones, the campaign uses what appears to be professionally shot media whereas Apple’s original campaign uses content that was created solely by users themselves. It’s perhaps a minor detail in the grand scheme of things, but being able to take excellent images on a device if you’re a pro is one thing; doing it when you barely know which way to hold the camera is another.

On paper, both the iPhone 6s and Galaxy S7 are capable of exactly the same video recording qualities – 4K video at 30fps or 1080p video shot at 60fps. There are, of course, many more factors involved in creating stunning video or photos than sheer numbers and statistics, but they certainly help.

Both the iPhone and Galaxy S7 are capable of taking wonderful images as well, and that’s what really matters here. It’s just disappointing Samsung couldn’t come up with a campaign that was a little more original than this.