According to an analyst, Samsung might have surpassed Apple in smartphone sales this past quarter as Android becomes more accepted among customers. While no exact numbers are known yet, such an achievement would be a victory for Samsung, Google and Android enthusiasts alike. 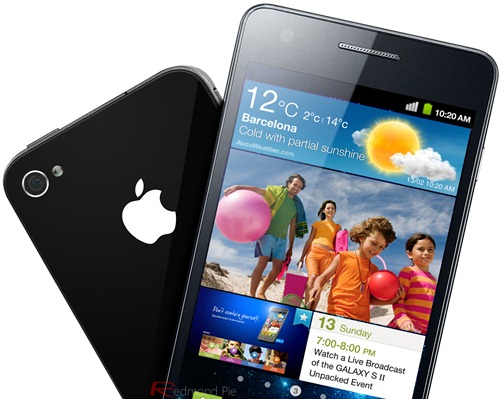 According to Neil Mawston, a London-based analyst working for a Boston-based research company known as Strategy Analytics, Samsung is expected to have sold between 18 and 21 million smartphones in the second quarter, as opposed to Nokia’s 16.7 million and Apple’s 20.3 million. The three makers are in a really close race, although Nokia is on the decline while both Android and the iPhone are growing.

This new prediction is due to the fact that Samsung’s Android devices have been selling very aggressively in some regions, according to Mawston:

Samsung’s Android portfolio is selling strongly in most regions. […] Samsung and Apple will be at similar levels in smartphones by the end of the year.

This is not the first sign of Samsung’s overwhelming success with its Android-powered devices. Earlier this month, Samsung announced it had sold 3 million Galaxy S II’s, when the phone had become the fastest-selling smartphone in the UK after positive reviews. Shortly after the phone’s launch, it was also reported that it had been a runaway success in Korea, having outsold the iPhone in the first few days after its launch.

The Galaxy S II is Samsung’s third-generation Samsung Android smartphone. The device, which began gradually shipping to all countries in the world a few months back, features high-end hardware specifications, including a 1.2 GHz processor, 1 GB of RAM and an 8-megapixel camera. The device isn’t officially available in the US through a carrier as of yet, although speculation indicates that the release date might be set to next month.

Samsung’s Android strategy isn’t limited to smartphones, however. The South Korean company also sells the Galaxy Tab, a 10.1-inch tablet that runs Honeycomb, a version of Android with a user interface designed specifically for tablets.

Just like any analyst prediction and estimates, this one should be taken with a grain of salt. Samsung hasn’t disclosed the real sales numbers for the Galaxy S II, therefore not much can be said about its performance. Nonetheless, it’s becoming clear that an increased amount of users are choosing the Android platform.