About four days ago, Amazon released an update for their Kindle Fire tablet. This update, version 6.2.1, brought nice additions like WiFi passwords, improved scrolling but also brought with itself a patch that broke all previous methods to root Kindle Fire. Today, Android Police and Rootzwiki have released an all new root tool for the Kindle Fire called BurritoRoot that works not just for older versions of Kindle Fire’s software but also for the latest! Details after the jump! 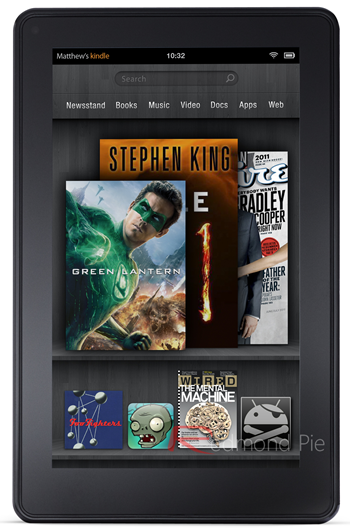 News of the root tool comes from our friends over at Android Police – a popular blog covering all things Android – in the form of an exclusive post in which they discuss the tool and the steps involved using it to root the Kindle Fire.

(..) Our own Justin Case got right to work; and after a night’s worth of coding, with a group of fellow devs helping him through the testing process, he developed a new method to root the Kindle Fire — a method that works not only on software 6.2.1, but on all currently known versions of the Fire’s OS (future updates make break this).

Be sure to set up ADB [Android Developers] on your PC before you continue. You will be needing it in the last few steps.

Step 2: Connect your Kindle Fire with your PC.

Step 3: Launch the root tool and click on Root.

If you followed the steps correctly, your Kindle Fire will now be rooted.

Rooting may disable your ability to use Amazon’s integrated services but, thankfully, you can temporarily unroot using the tool so you can, you know, download a song or a book or something.