Star Wars is obviously even bigger than normal right now thanks to the big hitting movie that is currently taking box offices by storm, so when you see someone seemingly controlling a drone using nothing but the wafting of their hand, it’s almost easy to believe that they’re using nothing less than the Force to get the thing off the ground. While that would indeed be amazing, the truth is no less impressive – they’re likely using their Apple Watch instead.

Taiwanese technology researchers at PVD+, comprising of Mark Ven, a civil engineering PHD student at the National Chung Hsing University as well as Yang Ming-der, a professor there, plus another three team members, have been able to create a technology that allows gestures to be used to control drones and even devices such as the Sphero robots, rather than complicated controllers or even the sometimes simpler mobile applications. 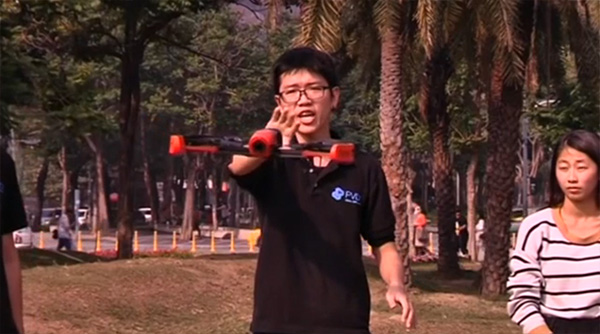 After 18 months of working on the technology and during a demonstration in Taichung City, the researchers were able to control a Parrot AR Drone 3.0 by the waving of a hand that was wearing an Apple Watch. That smartwatch was taking the gestures it was sensing and converting them into signals that the drone could interpret and then react accordingly. The technology is still in its early days and isn’t without its problems – it’s easily affected by wind etc. – but as far as starts go, it’s impressive stuff.

While being able to fly drones by waving your hands around is impressive, things like being able to write in the air and have things react may not make for quite as impressive a demonstration but does apparently allow the technology to control things like home automation. Writing a letter ‘Y’ with a hand can make smart lights turn yellow, for example. Gestures could theoretically be used to do all kinds of things, not just fly expensive drones around parks. 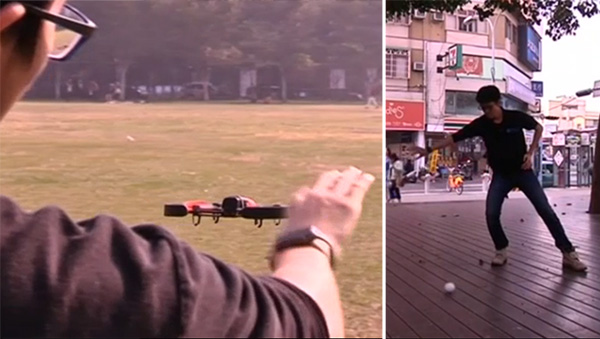 Unsurprisingly, the PVD+ team is currently in the process of applying to Taiwan’s Li & Cai Intellectual Property Office for a patent that would cover its technology.