It isn’t very often that we find one of the biggest TV franchises on the planet mixing with a relatively small UK-based game maker to create something truly epic, but that is exactly what appears to have happened with the release of Reigns: Game of Thrones. HBO, the makers of the TV series entrusted UK-based Nerial to make a tie-in between the ever-popular TV show and the developer’s existing Reigns games.

With Reigns and Reigns: Her Majesty behind them, Nerial set about combining its own popular games with one of the most loved TV properties around. The game is now available to download from the App Store and Play Store, and if initial reviews are anything to go by, it’s a winner. 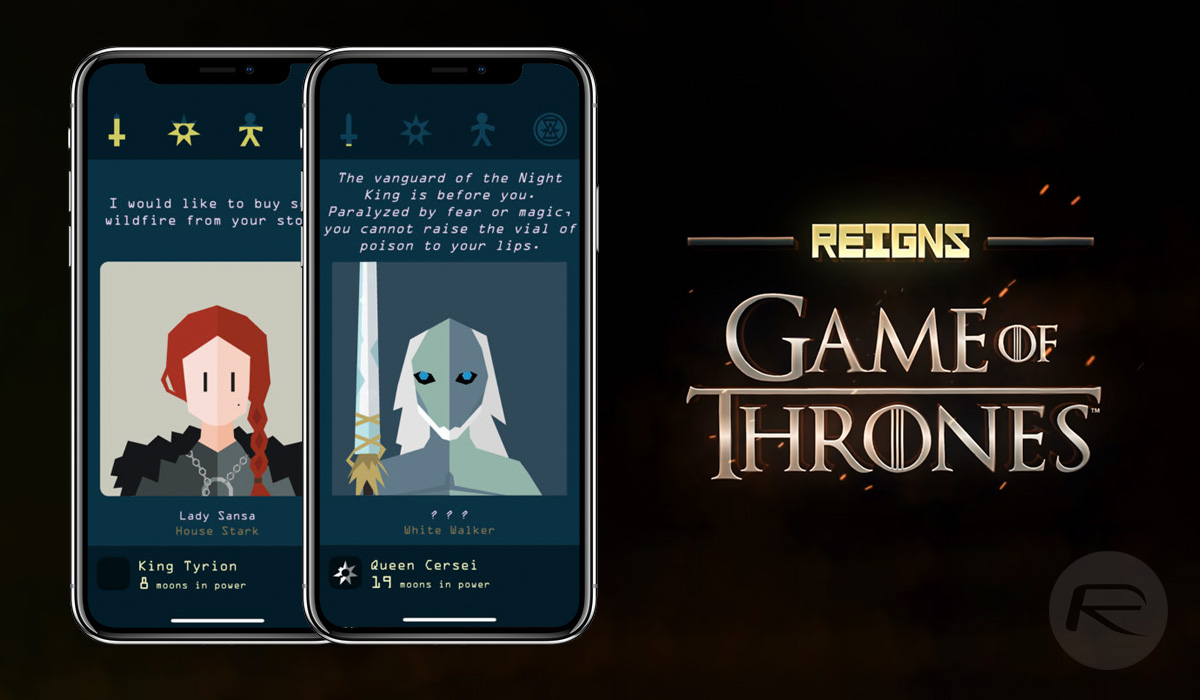 We’ve had our eye on Reigns: Game of Thrones ever since it was announced in August, and now that it’s here, it looks like any fears of a damp squib were completely unfounded. Both Reigns and Reigns: Her Majesty were well received and the fear was always that a third outing would fail to hit the mark, but that is absolutely not the case if these reviews are anything to go by.

This game follows the tried and tested Reigns formula of allowing gamers to make decisions by swiping left or right on in-game cards, just like Tinder. The game then uses that decision to progress the story arc, and the whole thing seems simple as a result. That belies the real complexity of the story, though, and if this game is as good as we’re hearing, it is going to be a must-have. At just $3.99, it won’t break the bank, either.

With Game of Thrones fans still waiting for the final season to kick into gear next year, this may be the perfect antidote for those suffering from withdrawal. We’ll be getting into it shortly ourselves; we suggest you join us.

(Download: Reigns: Game of Thrones for iOS on App Store)

(Download: Reigns: Game of Thrones for Android on Play Store)