You can now download iOS 12.1 beta 4 IPSW links and OTA update for your compatible iPhone and iPad device. Here are the details.

Apple has officially pushed out the next pre-release seed of iOS 12.1 for the attention of registered developers. iOS 12.1 beta 4 follows on from the release of beta 3 from last week and means that all compatible iPhone, iPad, and iPod touch hardware with the correct privileges can test out the firmware right now! 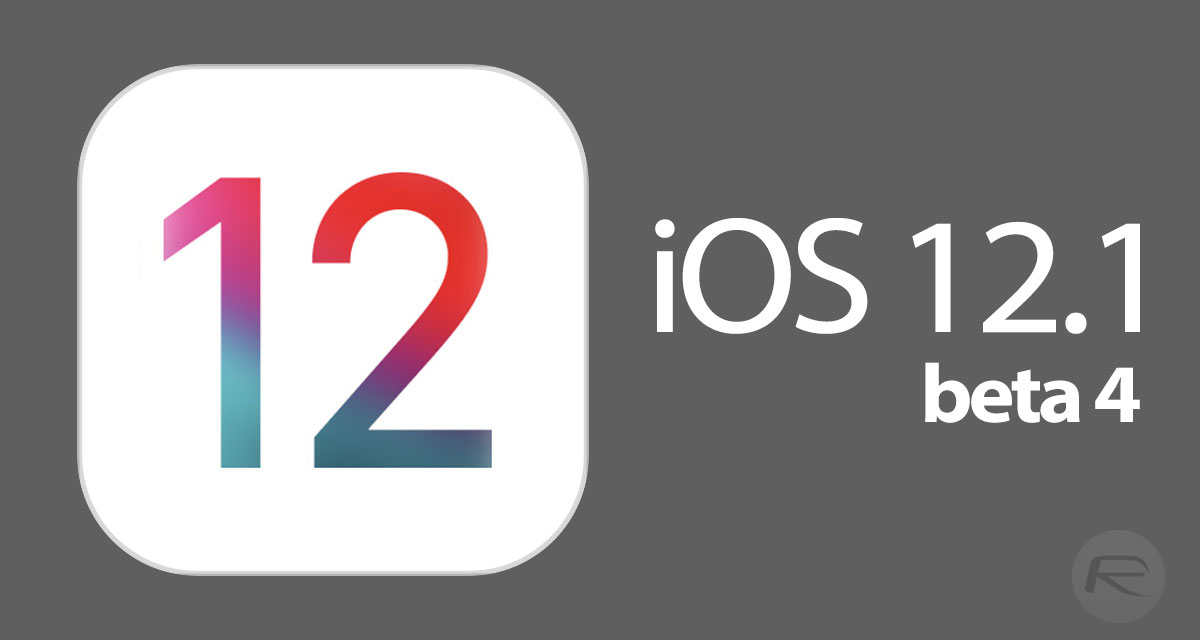 We already know that the release of iOS 12 has proven to be extremely popular with device owners around the world. The installation rate rose rapidly right after the platform’s maiden release and has continued to grow in the following weeks. Apple is clearly looking to capitalize on that early high adoption by investing time and effort in trying to ensure that the platform is as stable and functional as possible.

Given that iOS 12 was meant to be about stability, Apple will likely be slightly red-faced at just how many issues have been found and how much work has had to be injected into iOS 12.0.1 and now iOS 12.1. Still, it looks like work that is ready to pay off.

This latest release is all about trying to streamline the early Apple promises for iOS 12 as well as introduce some of the promised functionality. With that in mind, with iOS 12.1 we are seeing support for Apple’s eSIM in iPhone XS and iPhone XS Max, which is a feature that will allow those device owners to run two numbers side-by-side on a single device. Apple has also unlocked the new Depth Control feature which allows photograph features to be controlled prior to the actually being taken. Oh, there’s also group FaceTime being re-introduced and a splattering of new emoji characters that will allow people to communicate with one another more vividly without having to use actual words.

If you are a registered developer on the Apple Developer Program or have already been through the process of getting a beta configuration profile installed to your device, then you are in the perfect position to grab iOS 12.1 beta 4 with immediate effect. You can get the OTA update from Settings > General > Software Update in order to put it through its paces and see what improvements have been made. Alternatively, you can grab it as an IPSW download from developer.apple.com and restore it to your device via iTunes.