When Apple announced that it would be allowing third-party keyboards on the iPhone and iPad thanks to the arrival of iOS 8, everyone got very excited at the prospect of being able to use popular Android keyboards like SwiftKey, but what wasn’t really envisaged was the influx of keyboards that do more than allow users to type characters on a screen. Keyboards began to spring up that brought with them GIFs and more, making the iOS keyboard less of a keyboard at all.

One fresh example of that is ReBoard, a keyboard that takes the standard idea of text-based input and adds miniature app-like functions to it. The keyboard can act like a normal keyboard, with the usual array of characters available. Users can swipe up on the delete key to remove full words rather than individual characters, and they can swipe across the Spacebar to move the cursor through words, but that’s not really what makes ReBoard stand out from the crowd. 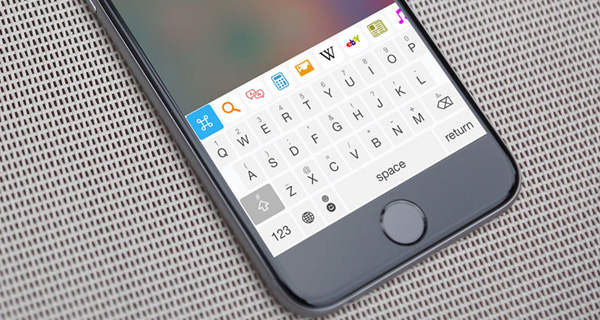 Where things start to get interesting is when a user presses the new Command icon that lives next to where the predictive text appears, because that opens the door to abilities such as adding things to the calendar, translating entered text, sharing Dropbox links and even searching YouTube for the link to that video you wanted to share. There is even Wikipedia support as well as an image search feature that puts a world of pictures at your fingertips. 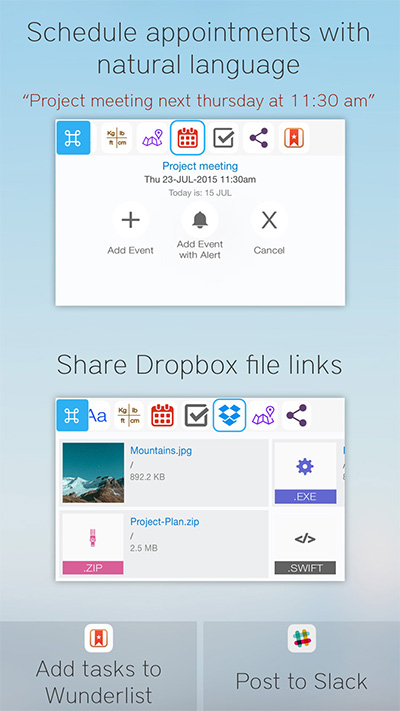 ReBoard unfortunately can’t tie into the stock iOS dictionary, so the actual keyboard isn’t all that great thanks to poor autocorrection, but if you are going to use ReBoard for its other features, then it will be worth the $1.99 its developer is asking for, with an additional $0.99 in-app purchase required for each theme you want to install. You obviously don’t need to buy any of those optional themes, but the option is there should the customization bug happen to bite you. 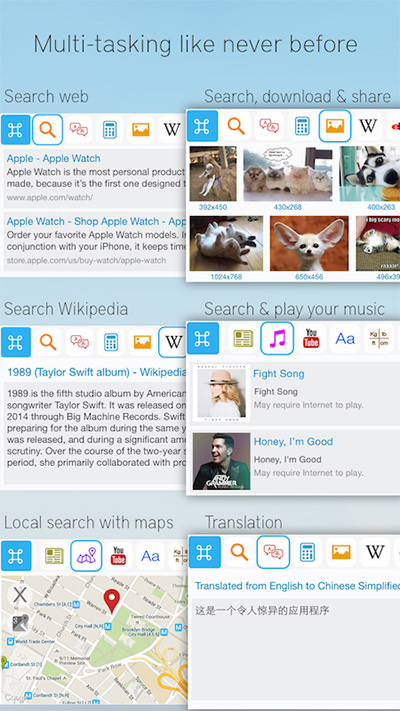 ReBoard is available to download from the App Store today.

(Download: ReBoard: Revolutionary Keyboard for iOS on the App Store)