In a press release by Indian Television, it has been announced that Sony Computer Entertainment Europe (SCEE) has teamed up with Bollywood actor Shahrukh Khan to develop a game based on his upcoming, highly awaited film Ra.One. 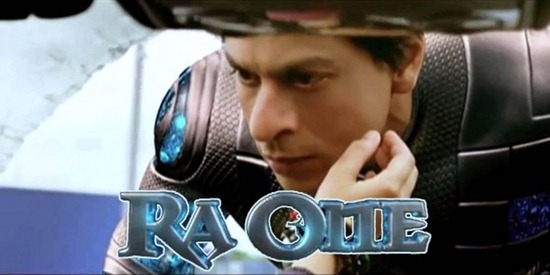 So what is Ra.One, who is this Shahrukh Khan guy and what is he doing on Redmond Pie?

Well, Shahrukh Khan (or SRK) is Bollywood’s most successful actor. He is one of the most recognizable people in the world thanks to the widespread popularity of Bollywood cinema and most of his films (such as Sometimes Happiness, Sometimes Sadness, Something Something Happens, Every Heart That Loves, My Name Is Khan and God Made A Couple have been big hits overseas).

Ra.One is Shahrukh Khan’s upcoming science-fiction superhero film. Science-fiction is a rare genre for Bollywood, as most producers prefer investing on romantic films.

Now, onto the game itself: It will be developed by a first-party team in the UK and will act as a prequel to the film to introduce key characters and the wide variety of super-powers that the main characters possess.

It’s quite an anticipated film since SRK (or King Khan as he likes to call himself) hasn’t done a film in a long, long time.

Here’s a part of the official press release:

MUMBAI: Sony Computer Entertainment Europe (SCEE) has tied up with the Shah Rukh Khan film RA.ONE to create a PlayStation game on the film.

The video game version of the film named ‘RA.ONE – The Game’ has been developed exclusively on key PlayStation platforms of PS2 and PS3 (through PSN download) while the storyline has been developed by Shah Rukh Khan, who has seen to it that that there is an intrinsic connection between the game and the film.

The game, being developed under the active supervision of the game development team of SCEE based out of London, will almost act as a prequel to the film to introduce the key film characters and the various super-powers the film has.

The game will launch alongside the movie itself, so if you’re interested somehow, mark 26th October, 2011 on your calendar. It will be available on PlayStation 3 and as a download on PSN.

I’m embedding the movie’s trailer below to get you up to speed: