Download Google+ Android App For Using The Service Outside The US

When Google launched its Google Plus social network into beta recently, the company also launched an accompanying Android app. Unfortunately though, this app is currently only available on the US Android Market, leaving everyone not based in the good ol’ US of A, out of luck. 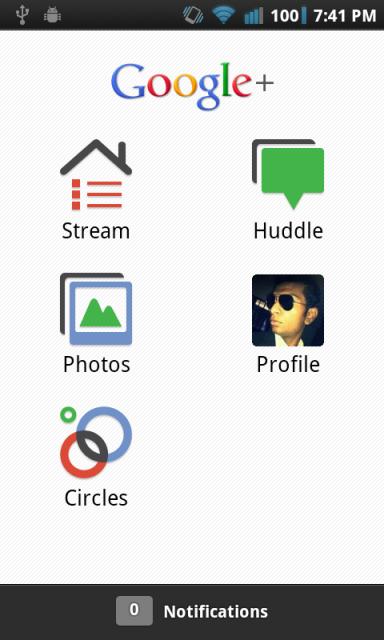 With the clamor for access to the Google Plus beta, comes a similar desire for access to the Android application – desire which has led to one XDA-Developers member sharing the app for all to use, no matter your geographical location.

How to install the Google+ app on your Android device? Simple, from your home screen press the menu button, then go to Settings > Applications and from there check the “Unknown Sources” dialogue box. When you’re done, simply open this post on your Android device and download the .apk file from this link and install it, that’s all.

Obviously you’ll be needing a Google Plus account in order to take advantage of such an application, and at the time of writing, those are harder to come by than an iPhone prototype.

Originally posted by sacredsoul
Get your Google+ APK Here!
For folks not living in the US and not able to download it off the Market, here it is. Tried on my Optimus 2X and works awesome. Please note your should obviously already have a Google+ account for it to login.
Don’t be shy to hit the thanks button
Updated to latest 1.0.2. Thanks BryanChung for it

Google Plus is the search giant’s latest foray into the world of social media. With previous attempts including Orkut as well as the doomed Buzz, Google is giving the social media game one last shot – and if initial impressions are anything to go by, they might just have hit the jackpot.

Current users are bullish about Google Plus’ chances in the long-term, with enough promise shown to warrant the belief that once bugs have been ironed out, Plus could have the clout to take on Facebook at its own game.

One potential pitfall for Google’s fledgling service however, is its apparent leaning toward the tech enthusiast. With current users being either tech journalists or people close to the industry, perhaps the rave reviews coming out of the network should be taken with a pinch of salt. Will average users be really able take to something that seems to be a little over-complicated in places? Is Facebook enough “technology” for the average Joe?

Until our friends and families find their way into Google Plus, we just won’t know how well the social network will compete with the likes of Facebook and Twitter.

We have a feeling it’ll do just fine, though.