Internet rights advocacy group Fight for the Future has taken to the streets to protest against the FBI’s demand that Apple provide a tool to allow it to access data on a locked iPhone, with Apple’s San Francisco store being the focus of that protest.

FFTF co-founder Holmes Wilson helped to organize the protest at which people held aloft iPhones with Electronic Frontier Foundation stickers on that read “I do not consent to the search of this device.” Unfortunately, it’s going to take more than a sticker to stop the FBI. 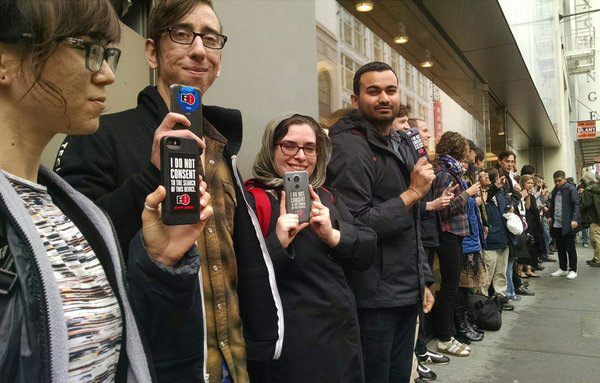 Thankfully, Apple is refusing to help out with a ruling that ordered it to assist the FBI in its quest to gather intelligence from an iPhone 5c belonging to one of the San Bernardino shooters. Apple CEO Tim Cook penned an open letter explaining why he and his company would not be complying, stating that to do so would set a precedent for backdoor access to future devices – something that Apple does not want to do, and it seems a vast majority of thought leaders from the world of tech, including Google CEO Sundar Pichai, are siding with Apple’s decision.

The FFTF’s Holmes Wilson was quick to point out that while the FBI is indeed trying to gather information from the aforementioned iPhone 5c, this is likely the thin edge of the wedge, with the agency using a high profile terror case as a means to bend Apple to its will.

Wilson said it’s possible that the FBI is leveraging the high-profile terrorist case to push its own agenda forward. The law enforcement body, as well as other U.S. government agencies, have for months argued in favor of prioritized access to encrypted consumer data, and a federal court blessing to procure a first-party workaround is a major step towards that goal.

With that in mind, the most important thing to remember about Tim Cook’s open letter is one small, simple quote that puts all of this into perspective while perhaps showing why the next steps in this saga are so important. That quote?

They have asked us to build a backdoor to the iPhone.

That, simply, cannot happen, no matter what Donald Trump might say! 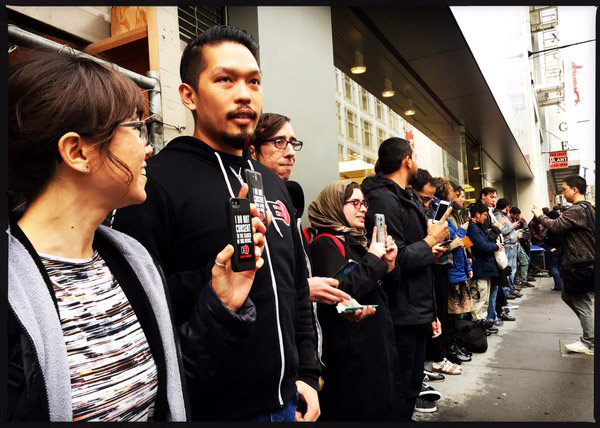