Several Encrypted Smartphones, Including iPhone, Could Get Banned In California, Here’s Why

The subject of encryption is one that is always a thorny one. Those in law enforcement, at all levels, believe that encryption can be a risk to both people and countries alike. Usually naming terrorism or organised crime as the main reasons that encryption is evil, lawmakers are seeking to make it increasingly difficult for people to secure their own data.

Coming not too long after new legislation was proposed in New York that would ban smartphone encryption that the device’s manufacturer cannot decrypt, it is now clear that California is also getting ready to push a similar law. 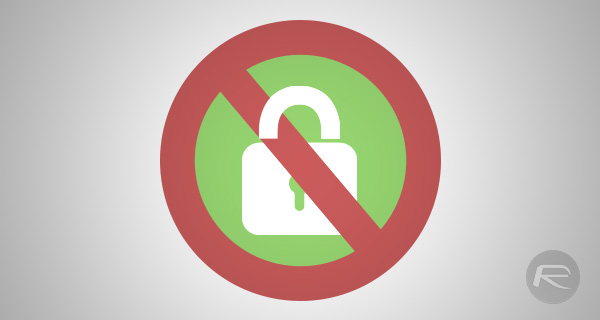 Despite being home to some of the world’s biggest technology companies, California has had a bill introduced into legislation that any smartphone built on or after January 1st 2017 and sold in California must be able to be decrypted by the manufacturer of that device, or the company that makes its operating system. Any smartphone found not abiding by that law will see its seller subject to a $2,500 fine per handset.

This leaves both Apple and Google in hot water, with both having claimed that they cannot decrypt the data within iPhones and Android smartphones if their user has enabled the devices’ security settings. As it stands, the devices sold in California will fall foul of the new bill, which should prove pretty catastrophic for those making and selling those smartphones.

Just what steps affected companies will take to ensure compliance, what concerned consumers and developers might do to ensure security of their data, and whether any of this will matter come 2017 is currently unclear. Hopefully, it’s just another case of sabre rattling by those looking to make names for themselves. If it’s not, though, things are about to get very interesting, indeed. 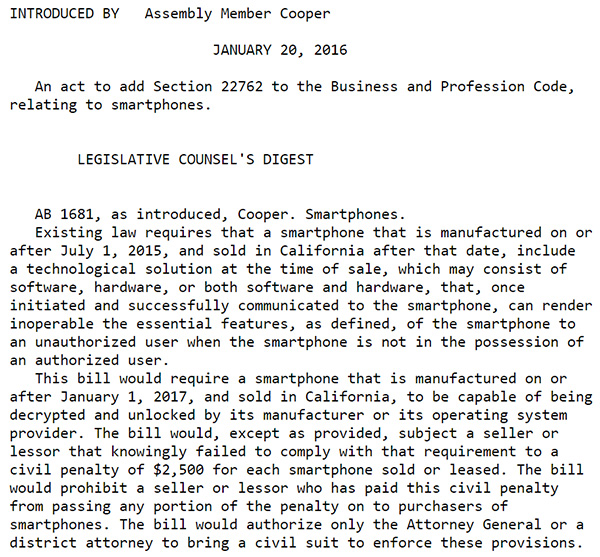