Facebook Sports Stadium Brings All Sports And Fans Under One Roof

Facebook has announced Sports Stadium, a new section inside Facebook app for iPhone which brings all things related to sports under one roof. With Facebook Sports Stadium, not only can users keep track of their favorite sports and teams, but also interact with other fans around the world.

There are over 650 million sports followers around the globe, so it makes sense for the world’s largest social network to launch a product that brings all those people in one place. “Facebook is the world’s largest stadium. People already turn to Facebook to celebrate, commiserate, and talk trash with their friends and other fans”, says Steve Kafka, Facebook’s Product Manager. 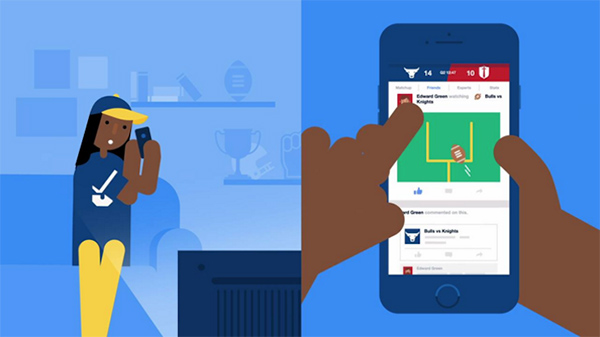 Given the glaring trend of people flocking to Facebook to talk about their favorite sports team and discuss on-going matches in almost real-time, the initiative to capitalize on that particular group of people is really an obvious and natural progression. Facebook says that this feature will allow users to select their interests and once that is set up, they will be able to see updates of scores and developments in real-time, and all of that will appear in chronological order.

To access this new section, simply search for a game in Facebook app for iPhone and if the feature is live for you, it will take you directly to the new Facebook Sports Stadium section inside the same Facebook app. 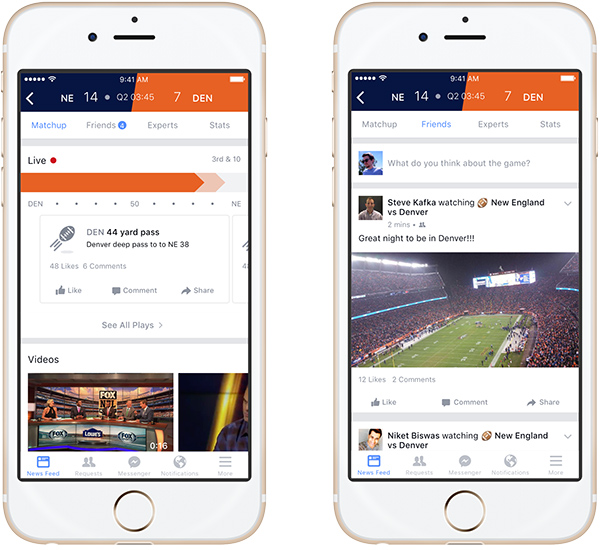 Facebook Sports Stadium will also allow users to catch up on expert commentary from teams, leagues, journalists etc. including access to their dedicated Pages. To help users not miss a game, the new section will also provide them with information on the game such as where it can be watched live on the TV and at what time. 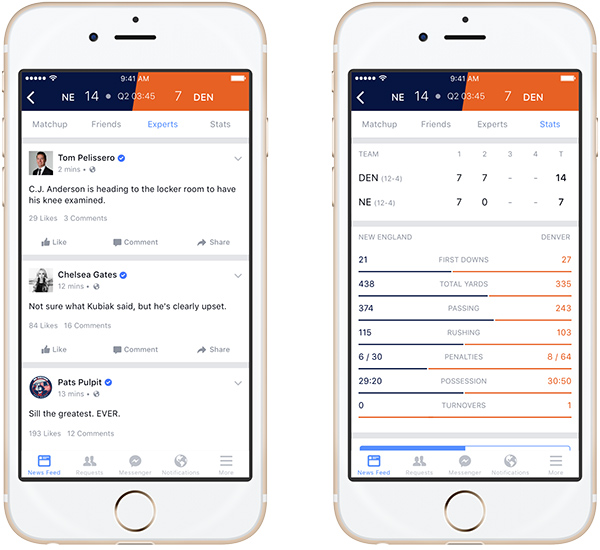 Facebook is also aiming for Sports Stadium section to act like an accompanying app during a live match. The company says that “It’s a second-screen experience that we hope makes watching the broadcast even better.”

Starting right now, Facebook Sports Stadium section is being rolled out to Facebook app on iPhone only, and that too in the United States. The new section is also currently limited to American football games for now but support for other sports, countries and platforms will be added in due time.