Video: The World’s Cheapest Smartphone, The $4 Freedom 251, Is Basically An iPhone Clone

Strange. Strange is the best word we can come up for the Ringing Bells Freedom 251 smartphone for India. With the price of just $4, the device has a lot going for it. Sample devices have even started to show up at various sources, so we know this thing is real. Like, really real. 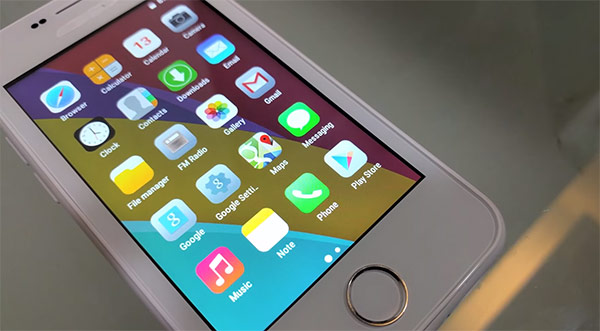 With those sample devices starting to appear in videos and photos across a variety of websites, it is becoming clear that Ringing Bells has taken the iPhone and copied it in not only hardware design, but software as well.

Starting with that hardware, the Freedom 251 bears more than a tiny resemblance to the iPhone 5, and it even sports a metal ring around the home button that makes it look like this thing has Apple’s Touch ID. It doesn’t, but you know, appearance is everything. The 4-inch screen and proportions make the whole package look distinctly iPhone-like, though this is far from the first smartphone to fall into that category. It was only a couple months ago that the unveiling of HTC’s One A9 caused a bevy of websites around the web to compare its design to that of Apple’s iPhone 6s / 6. 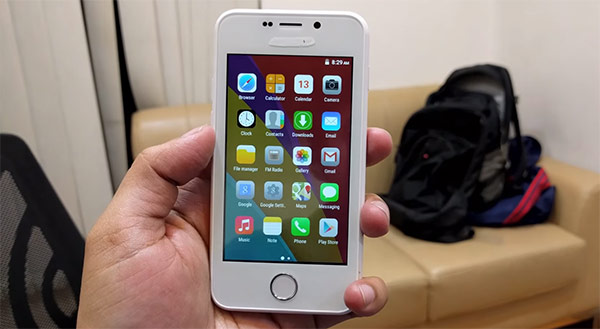 Software-wise, things aren’t any better for the budget smartphone. In fact, rather than simply borrow its icon designs from iOS like so many iPhone competitors have done, Ringing Bells apparently decided to save some money and rather than have a designer rip off Apple’s icons, it simply stole them wholesale. The camera app, photo gallery, web browser and more all feature icons that will be instantly recognizable to anyone who has ever set eyes on an iPhone or an iPad. It’s so blatant, it’s almost comical.

We doubt Apple’s lawyers will find it so funny.

Watch the phone in action in the hands-on video embedded below.