Project Natal as we know is something that would change the gaming world forever. After a long wait and tentative dates floating around for it’s launch, Microsoft’s Saudi Marketing Manager Syed Bilal Tariq today said in an interview with GamerTagRadio that Project Natal will make a worldwide debut in October this year. 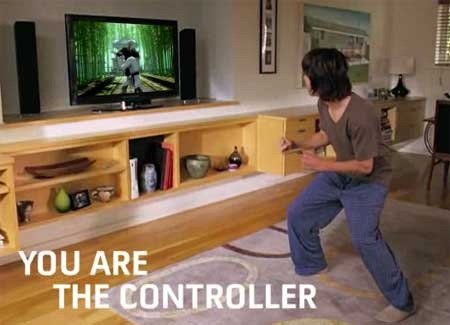 If you have been living under a rock or something and don’t know what it is all about: Project Natal introduces controller-free gaming with which you take full control of the games by simply moving around, jumping, punching and kicking or whatever you feel like doing. It will detect almost anything you do! You can even move through the beautiful NXE interface by swiping your hands back and forth ala Minority Report style! It’ll push the gamer deep into the game and making him/her believe that he/she is a part of the game itself.

The fact that Project Natal would hit the shelves around the globe in October 2010, and not just in the United States is alone something to be excited about as most of the recent hardware releases like Zune from Microsoft have been limited to just U.S. [via TechCrunch]