If there is one thing that can be said for U.S. President Donald Trump, it’s that he is never far away from an unusual headline. He’s been at it again of late, making sure his name is on the tip of everyone’s tongue.

The faux pas came towards the end of the meeting when Trump was wrapping up. When discussing the country’s economy and pointing out Apple’s efforts to bring jobs and money back to the United States, Trump managed to somehow get Tim Cook’s name laughably incorrect.

“People like Tim — you’re expanding all over and doing things I really wanted you to right from the beginning,” Trump said to those in attendance. “I used to say, ‘Tim, you’ve got to start doing it over here,’ and you really have. You really put a big investment in our country. We appreciate it very much, Tim Apple.”

Trump has a history of giving people nicknames that are normally used behind closed doors. Sometimes, they slip out as was the case here. It’s not the first time either, with Trump previously calling Lockheed Martin CEO Marilyn Hewson “Marilyn Lockheed.” 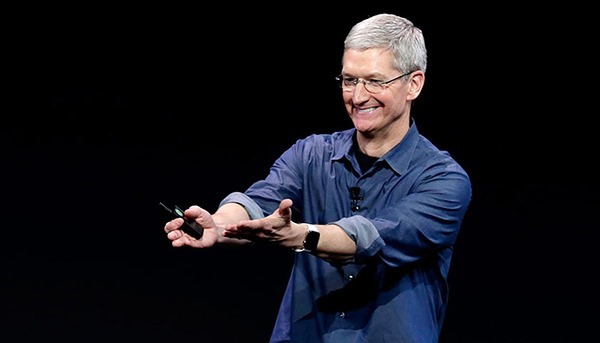 Ultimately, it doesn’t really matter what Trump calls Tim Cook, but it does look like yet another gaffe in a long line of them for president Donald Trump. If we were being less kind, we could think of a similar nickname for him, too.