Pre-Order iPad mini And iPad 4 Now Before Stock Sells Out!

Competing directly with the Nexus 7 and Amazon Kindle Fire HD in the quickly expanding small but powerful, cheap but well designed tablet market, the iPad mini is most important new product to come out of the October 23rd Apple media event.

Those of you interested in getting yourself a unit will be interested to know that pre-orders for both the iPad mini and the 4th-generation iPad are now live! Head past the jump for the official link.

The iPad mini is, in essence, a smaller iPad 2. It comes with the same dual-core A5 processor (which is quite outdated, by the way) and the same 1024 x 768 resolution display, albeit noticeably smaller at 7.9”.

What’s interesting, though, is the lovely new design. It’s remarkably thin at just 7.2mm and weighs half as the current 9.7” iPad.

Apple calls putting the iPad 2’s features in a smaller enclosure a “concentration”, but I honestly feel it’s more of a recycling than anything else. By reusing components from the iPad 2, the display from the iPhone 3GS, the rear camera from the iPhone 4 etc., Apple is able to sell the iPad mini at a lower price while still maintaining high profit per device sold.

Priced at $329 for the 16GB Wi-Fi-only model, the iPad mini is considerably more expensive than its peers. The 16GB base models of the Amazon Kindle Fire HD and the Nexus 7 cost $199; a full $130 cheaper.

Apple has a habit of charging a premium on their devices, so this is no surprise to us. But then again, let’s not forget that the iPad mini comes with a much bigger and stronger variety of tablet-optimized apps, and in most regions, a larger digital library of music, movies, and TV shows. 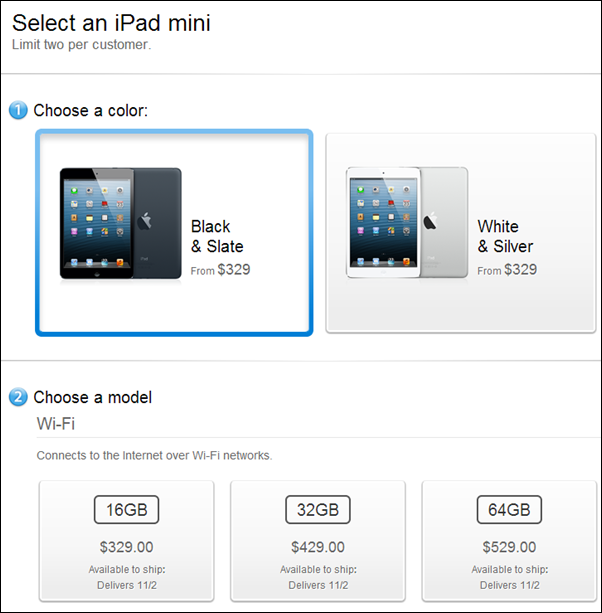 Pricing for the 4th-gen iPad is the same as its predecessor. 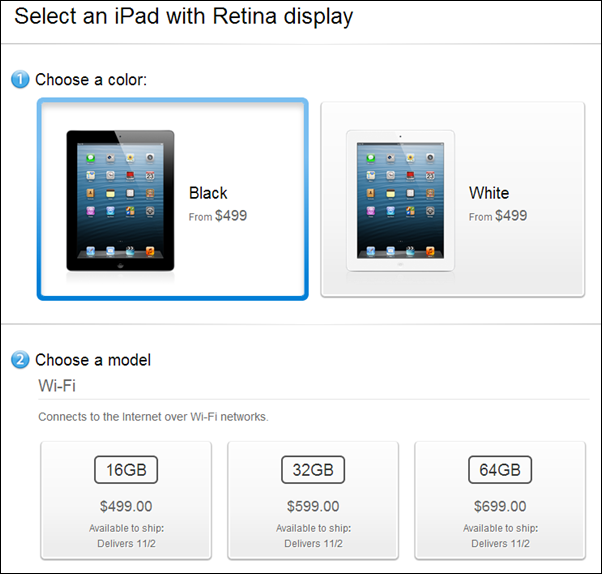 Those of you who are interested can head over to store.apple.com now to pre-order!