Windows 8 is finally here, and in order to join in with the festivities, we’ve got a couple of copies of Microsoft’s brand-new operating system to give away to two of our lucky readers.

It’s been a fairly long journey for the Redmond-based outfit, and it’s fair to say Windows 8 is one of the most important releases in the company’s history. Having broken many long-standing habits – shipping out features long-time users of Windows had accepted as part of the experience, Microsoft took a calculated risk.

It’s a risk which appears to have paid off, with the general consensus regarding the new OS having been positive hitherto. With that said, the only people who’ve used Windows 8 so far are those with a vested interested in technology, so it’ll be intriguing to note of how the average user takes to Windows 8.

Windows 8 has been in development for a number of years, but only this year did we really get a look into what Steve Ballmer and Co. had been cooking up. The developer alpha was released publicly, and the consumer/release previews gave intrigued techies the chance to mull over a near-finished version of Windows 8. 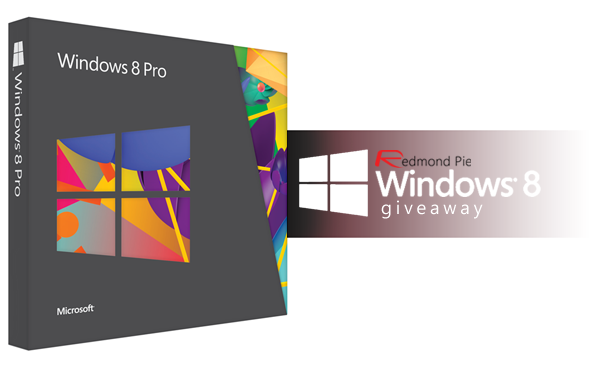 If you’re the kind of "intrigued techie" that wouldn’t mind grabbing a free copy of Windows 8 Pro, here’s what you’ll need to do to be in with a chance of winning:

We’ll be announcing the lucky winners at 11PM Pacific Time on 31st October, so be sure to enter on time so you don’t miss out! The two lucky winners will be picked at random from all the entries that we receive, so if you’ve been planning on upgrading / purchasing Windows 8 Pro, you might already be destined to win it in our competition!

Please note, this will be for genuine license (original product key only) of Windows 8 Pro – not the standard Windows 8, Windows 8 Enterprise, or Windows 8 RT editions.

UPDATE x1: Here are the winners of our Windows 8 Pro giveaway, selected at random:

They have been notified about this via email/Twitter Messages/Facebook Messages.