Every so often someone comes along and thinks they’re funny. Just as regularly, they make a video out of it. What a time to be alive.

The latest proof that people will put anything on YouTube comes in the form of a video by Dit Is Normaal, which claims to prove that “Apple fanboys love Android.” What it really proves is that if you take the average man on the street and put an iPhone in front of him, he’ll believe what you tell him. Amazing, that. 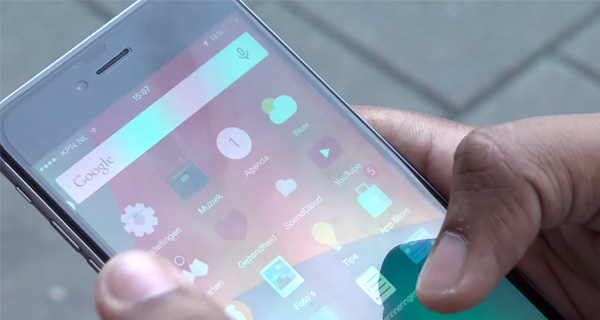 The premise for the video is an old one, because it’s been done plenty of times before. Keen to try and make one half of the great smartphone wars look stupid, a YouTuber got hold of an iPhone clone and told people that it was running iOS 9. It is, of course, running Android. The result? Predictable.

After finding iPhone owners and one Android fan to show the phone to, everyone seems to universally agree that the iPhone in front of them is much better than the current iPhone 6 running iOS 8.  “It looks a little easier,” one comments, while others appreciate the icons and even go on to say that it feels faster, smoother, more practical and looks prettier while maintaining Apple remains above the competition. They, of course, aren’t aware that they are actually looking at Android – assuming this whole thing isn’t made up, of course – so much hilarity ensues. Even the guy who apparently likes his Samsung phones doesn’t notice that he’s looking at Android. Again, so we’re told.

The video runs for over two minutes and will be a comical viewing if you are of a particular persuasion. If you’re either as cynical as us or just not a fan of laughing at people who know no better, however, you’ll see this for what it is and that’s a cookie-cutter video trying to get quick views by trying to stir up the smartphone fanboy wars. Because they’re still a thing, apparently.

And it’s really time that they weren’t.