Microsoft Announces Xbox One Chatpad, You Can Pre-Order It Right Now

Microsoft has announced a new Xbox Chatpad, bringing a QWERTY keyboard to Xbox One and Windows 10 PCs in a similar fashion to the ever-popular Xbox 360 version of yesteryear.

If you’re an Xbox One owner and find yourself with no way of communicating with your friends in-game, then Microsoft has just announced something for you in the shape of a QWERTY keyboard, specifically made for the game console and Windows 10 PCs. 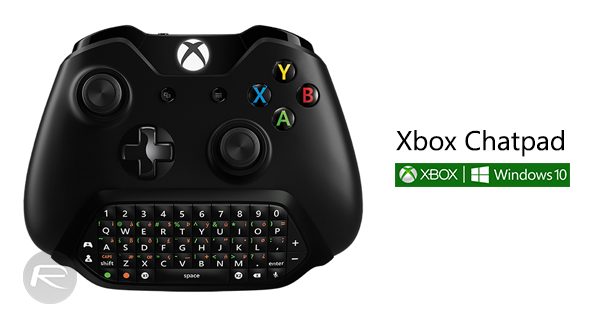 Looking strikingly similar to the same keyboard that Microsoft made for the Xbox 360, this new keyboard will once again attach to the bottom of the Xbox One’s game controller, allowing gamers to write messages in the event that they don’t want to have to scream their way through their gaming session. Hopefully having to type the text out will be enough to stop people from insulting each other on Xbox Live, but we won’t be holding our breath!

Announced today at Gamescom, this new Xbox Chatpad will be available on the 3rd of this November for $34.99. Gamers can pre-order the accessory right now from the official Xbox website.

Compatible with both the Xbox One and Windows 10 PCs, the new Chatpad will give gamers a way to communicate without having to either use a headset or the Kinect that, most likely, is sat in a cupboard somewhere or mostly powered off. Typing may not be the best way to communicate in-game, but it’s better than dashing off to plug in your Kinect! We’re still not convinced that the bottom of the controller is the best place for a keyboard to reside, but given the absence of anywhere better to put it, we’ll defer to Microsoft’s judgement here.

Like its predecessor, the new Chatpad will have backlit keys. It also features headset controls, two programmable keys for quick access to your favorite apps and will come bundled with 3.5 mm jack headphones that can be directly plugged into the accessory.

It’s not like you’re going to be typing your next novel on this thing, right?