Microsoft may have made the internal decision to go in a different direction with Windows 10 where Windows Media Center is concerned, but that doesn’t mean it’s entirely dead and buried. Rather than casting Media Center and all of its abilities into the abyss, Microsoft has saved one killer feature with the intention of bringing it to its Xbox One console via a future software update. Yes, that’s right, Xbox One consoles owners can expect a TV DVR feature to be included in a future update to expand the functionality of the already powerful gaming console.

The news actually confirms an earlier report in May, which suggested that the software giant may push DVR capabilities to it’s gaming console in the near future. The announcement regarding the future functionality was made during the Gamescom conference today and should satisfy a whole heap of Xbox One owners. Especially considering it’s one of the most requested live TV features submitted via the Xbox Feedback channel. The newly announced DVR for Over-the-Air TV will allow owners of the console to record live television shows, schedule future recordings to ensure that nothing is ever missed, and can be done on the go as well. 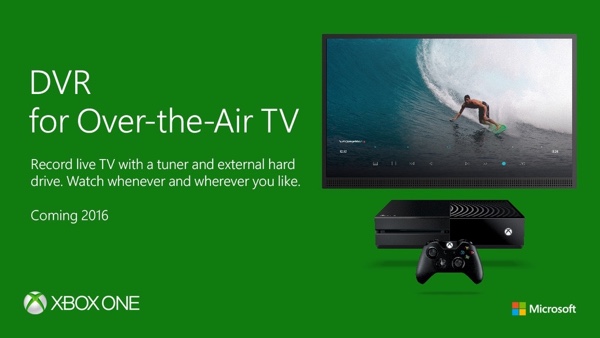 As part of the announcement, Microsoft has stated that accessing the feature will be as “easy as plugging a USB hard drive into your Xbox One console and recording your content”. The immediate benefit of this type of setup is that there’s no impact on the gameplay whatsoever and has no effect on how much actual game content can be stored directly to the console hard disc itself. Users will also be able to watch recorded shows on mobile devices, streamed directly from the Xbox One via the “Xbox app on Windows 10, or through Xbox SmartGlass for iOS and Android.” 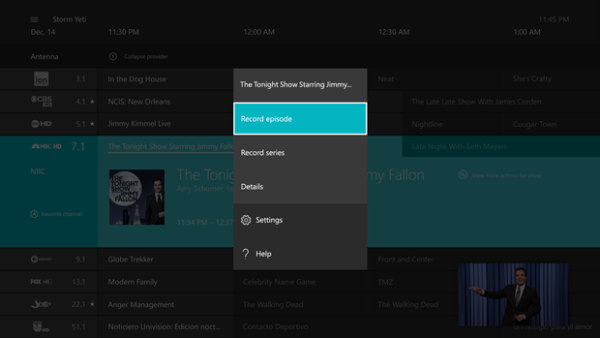 Recorded shows can also be downloaded directly to a computer, tablet or mobile device running the latest versions of Windows 10. The ability to schedule recordings on the go via the console itself, or the Xbox app, as well as the fact that the amount of recorded content is only limited by the hard drive size, means that this should be a truly welcome addition for all Xbox One owners. 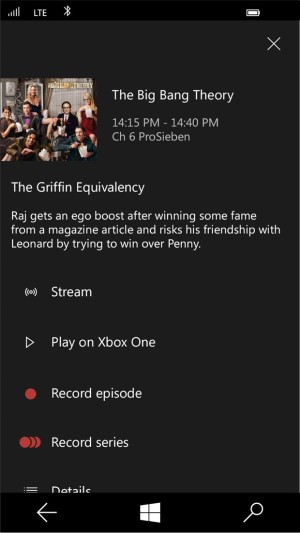 Microsoft is hoping to introduce the feature in 2016 without the need for any type of subscription fee, but there will of course be an initial investment required in hardware.