Preparing your smartphone’s camera quickly enough to take a decent shot before the ‘Kodak moment’ has passed, is a predicament many of us find ourselves in on a frequent basis. Apple’s solution has been to place a camera slider on the lock screen of the iPhone for quick access, but having found it to be rather slow at times, I, like many, rarely use it. If you also feel as though the camera shortcut could be put to better use, you may be taken in by a tweak called PowerSwipe, which allows you to instead reboot, reboot or power down your device when performing that upward swiping gesture.

If you’re a frequent tweaker, tasks such as respringing, powering down and rebooting your device will have become second nature, but while SBSettings is easy enough to access when you want to quickly toggle either of these options, PowerSwipe is arguably even more convenient. Once you have configured which of the three settings you wish to assign, pulling up the camera button will force that particular power setting into action; in turn exchanging a feature you’ll never use for one you will. 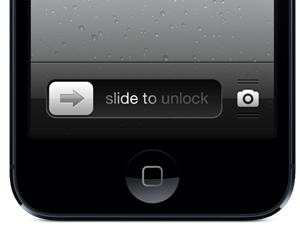 Of course, it’s worth pointing out that, with Activator, you can actually set any of these toggles (and many more) by assigning almost any gesture to them. For example, you could have a three-finger pinch on the lock screen (or anywhere, for that matter), to force a reboot, a four-finger pinch power to down your device, and a five-finger pinch for the purpose of a convenient respringing.

Having said that, the developer jayja1lbreak is, would you believe, just 12 years old, and in using the tweak, you certainly wouldn’t know it. It’s very well put together, and if this is what he can manage at 12, it’s scary to think what kinds of software development skills he will have attained by the time he reaches adulthood.

PowerSwipe is available absolutely free of charge over at the BigBoss repository, and if you find the camera slider to be more ornamental than useful, this is a tweak you’ll want to check out.