If you were sitting back and thinking that the iOS App Store needs another photo editing app that allows you to add filters to an image from the camera roll, then today is your lucky day as we introduce you the Photo Mage app for iPhone and iPod touch. Photo Mage offers the ability to add Instagram-esque filters to images, but one of the fundamental differences over other apps of similar nature is that it concentrates only on that one feature and makes it as simple and as painless as possible for users.

The work flow of Photo Mage is probably one of the simplest things you will see in an iOS app. The first step revolves around adding an image to be edited with the app, making this part extremely easy by displaying a horizontal scrolling selection of photographs from the camera roll on the device. Users can also choose to either take a photograph with the camera or go directly into the device’s albums and choose one from there. 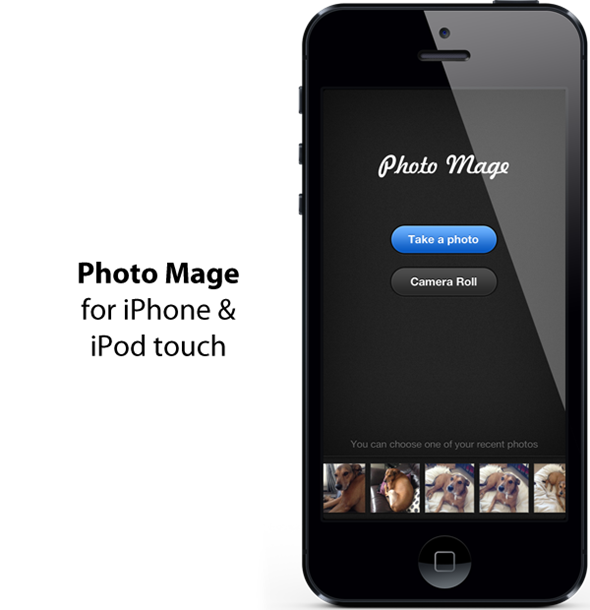 The second stage is where the editing part of the app kicks in and allows one of fifteen different filters to be added over the selected image with a single tap of a button. The different filters are once again stored in a horizontal scrolling fashion above the main image. In addition to the filters, the developers have also added the ability to add a simple caption to the photograph that can be styled by selecting one of the various font styles that are included with the app. 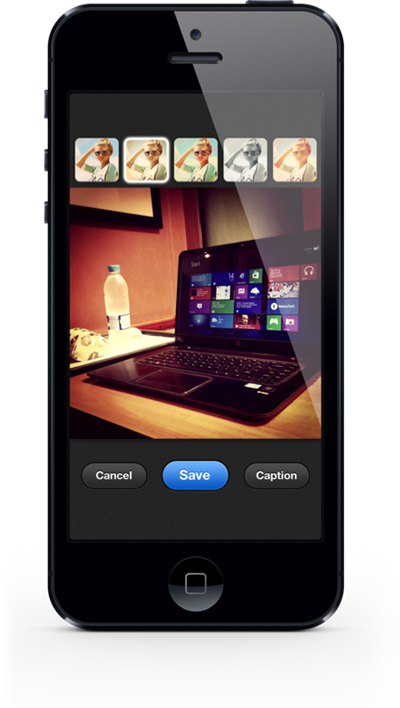 That is as complicated or as in-depth as this app gets. Selecting the Save button on the main interface invokes a nice animation that shows the image being sent to the camera roll and is then accessible through the usual measures. The interface of Photo Mage is elegant and almost clinical, with the biggest compliment I can pay to the app being that it concentrate on one job and does it extremely well. If your intention is to apply a filter or caption to a photograph, then it’s difficult to look past Photo Mage as it is free of charge with no advertising and is fully optimized for the iPhone 5 and iOS 6. 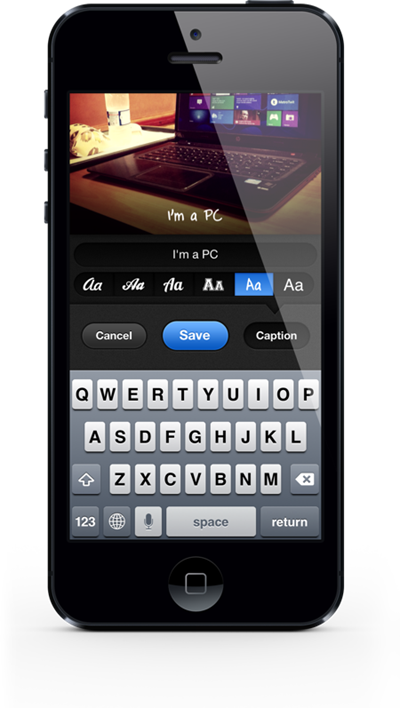 (Source: Photo Mage for iPhone and iPod touch on the App Store)