When it comes to personalization of a user-interface, our first thoughts are usually directed to our mobile devices. Because they are in fact so personal, we – almost subconsciously – arrange every little segment exactly as we wish, tailoring the experience, and to a lesser degree, the same process is followed at desktop level.

OS X has always flowed together rather nicely, but the recent OS X Mountain Lion has taken things to the next level thanks to its mobile influence. Whilst many of us have spent the past couple of months getting to grips with the "iOS-ification" of the Mac ecosystem, developers such as Peter Kalman have sought to improve things even further. 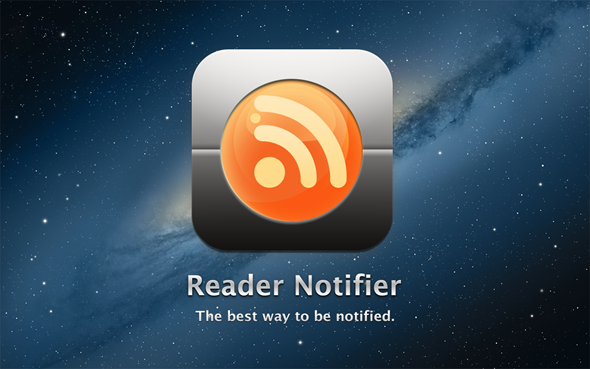 As such, he has developed Reader Notifier – a free offering allowing Notification Center to be utilized as a news reader / feed. Often, the most subtle, minimalistic changes are the best, and this nifty little tweak could certainly be categorized as such.

It’s not the first time a dev has had a stab at offering the Notification Center a bit more culture, and News Notifications is a very similar (albeit paid) alternative. As well as being free of charge, another advantage of Reader Notifier is Google Reader support, and the app will pop you a notification when you’ve unread items in your Google Reader. 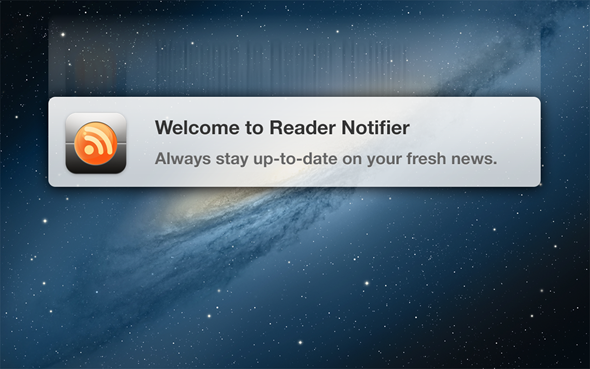 If we could alter anything about Reader Notifier, it would be that there’s no way to regulate the feed as such. If you have subscribed to a boatload of feeds, there’s a strong chance you’ll end up bombarded with entries. Still, it’s a useful little application, and we certainly find it to be useful.

If you want to give Reader Notifier a try, then please check out the Mac App Store link proved just below. As mentioned earlier, it’s free of charge – so you’ve really nothing to lose – and if, like me, you see your Notification Center as a dormant feature at desktop level, don’t you think it’s time you injected a little life into it? 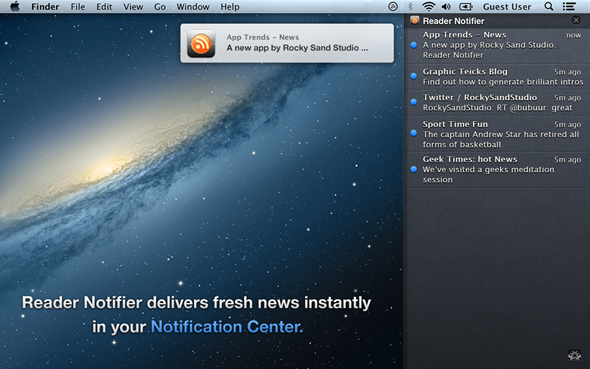 Download it, give it a test, and be sure to give us your opinions and critiques by dropping a comment on our Facebook or Google Plus pages.