Pebble has continued its tradition of bringing new features and functionality to its smartwatch owners by pushing out firmware updates as well as an improved version of the accompanying appstore based iOS app.

Owners – or “Pebblers” as the company prefers to call them –  of the original or Steel variants of the smartphone compatible timepiece are able to head on over to the App Store right now to grab the updated iPhone app. The latest firmware version is also available immediately by accessing the download built-in update function of the iOS app. 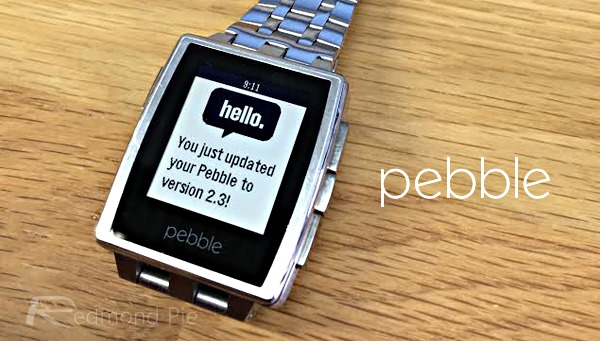 Version 2.3 of the Pebble firmware brings with it a number of expected stability improvements and minor bug fixes, as you would expect from any firmware release. In addition to enhancing the overall performance of the software Pebble has also rolled out dramatically enhanced Bluetooth LE connectivity performance update as well as a new method of skipping through wrist-based notifications. The latest feature applies to notifications that have scrolling content and allows the user to simply double press the next or previous buttons to jump directly to the previously viewed notification or the next one waiting in line.

Notifications with limited or very little content function in exactly the same manner with a single tap of the next or previous button. The accompanying version 2.2.2 update of the iOS app is relatively minor in comparison to the hardware firmware update. Pebble has allowed additional apps written in JavaScript to be available to iOS users directly through the app. Rather than presenting the user with a “Coming Soon” message the apps can be downloaded directly onto the device with minimal fuss. 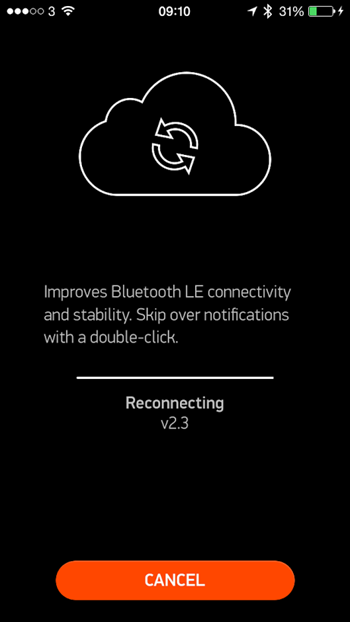 After an insanely successful Kickstarter campaign the Pebble smartwatch continues to hold onto its mantle as the most popular wearable in its class. It’s widely accepted that Cupertino based Apple is planning on entering the market with a wearable of its own within the next six months. However, it’s highly unlikely that any Apple product would take the form of an actual wrist watch, leaving Pebble to continue to operate in a class / category of its own.

If the updates and functionality improvements continue to come at the current rate then it’s hard to see any like-for-like competitor catching up.