PC Gamers, Once Again, Get The Short End of the Stick with Call of Duty: Blacks Ops – Report

PC gamers used to get the absolute best games back in the day. I’m talking about pre-PS2 days here. The days when, if you wanted the best version of a multiplatform game, it was the PC that reviewers pointed to. This has, in most cases, completely reversed now. Publishers and developers prefer gaming consoles instead of PC because of the relatively less piracy and the greater demand. This issue can be seen in all its glory in the recently released Call of Duty: Black Ops. 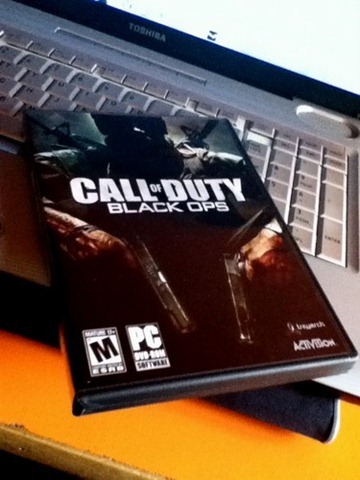 I was so excited, I took a photo of the game’s box.

Call of Duty: Black Ops was released a couple of weeks ago. I had it ordered from Thailand (original PC games are extremely rare to come by in the country I live in) and so waited anxiously for its arrival.

After going through the arduous installation (which took more than a couple of hours; including patch updates), I fired up the game in hopes of kicking ass, but was disappointed to find that game was completely unplayable at medium settings. I lowered the settings in hopes of performance improvements, but playability remained the same: dismal. 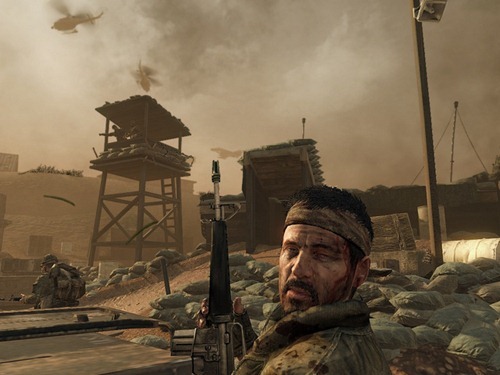 This came as a shock to me since both Modern Warfares (1 & 2) worked perfectly well on my PC. I own a multimedia laptop (a Toshiba with the these specs) and it was simply beyond me why Black Ops, which runs on the same engine as MW, wouldn’t even run at 30fps despite me lowering things down to 800×600 with low quality textures, shadows, vsync, AA. And don’t even ask me about the awful lag in multiplayer!

After searching around the internet, I found the problem: Black Ops is just not optimized for PCs. The game taxes the CPU and doesn’t use the GPU as much as it should. Even gamers with the highest of high end gaming rigs are facing the issue. They’re calling it a poorly done port of a console game and I completely agree with them. [from (1), (2), (3) and most of all: (4)] 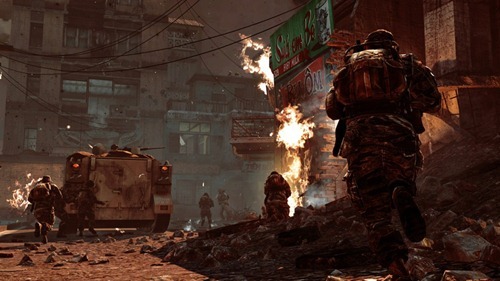 I specially bought the game (I repeat: ordered all the way from Thailand) even though there are thousands of gamers here who bought the pirated version of the game for a few dollars and are going to play it on cracked local servers. The long wait coupled with the grim performance has seriously disappointed me, and I’m actually considering leaving PC gaming for consoles. (GTAIV also had severe performance issues).

So please, TreyArch, please patch your shit up. PC gamers want their money’s worth of gaming from Call of Duty. And they want it soon.