Patent Details Apple Pencil Holder For iPad, Hints At Use With iPhone

When Apple announced the iPad Pro and accompanying Apple Pencil in September of 2015 many were dismayed by the company’s omission of any way to attach the pencil to the tablet.

It was a huge oversight which is somehow still evident today, but according to a new patent application filed by Apple, it would appear that this may be about to change. 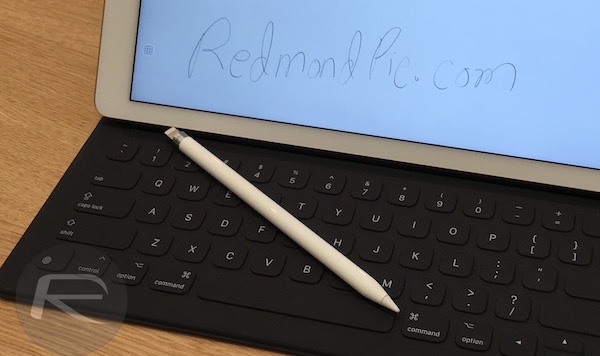 The patent accounts for not just one, but multiple different ways in which an Apple Pencil could be attached to an iPad for storage purposes when not in use. Right now Apple has left such things to third-party case manufacturers, and has had users simply pocketing the Pencil between uses.

Now, Apple looks to at least be working on fixing its oversight. If you are hoping for some form of high tech, super ingenious way of Apple going about it though, you are going to be disappointed. According to the patent application, Apple is apparently happy to use anything ranging from a relatively short, elastic loop which is attached to a Smart Keyboard to a full-length sprung clip which would be attached to a Smart Cover.

Apple also makes mention of the iPhone in this application, and while far from confirmation that an iPhone with Apple Pencil support is on its way, this is not the first time that the stylus and the iPhone have been mentioned in the same breath. Apple’s repeated use of the phrase “such as a smart phone or a tablet” should not be a surprise, and Apple CEO Tim Cook has even hinted in the past that such functionality could be on its way in the future. 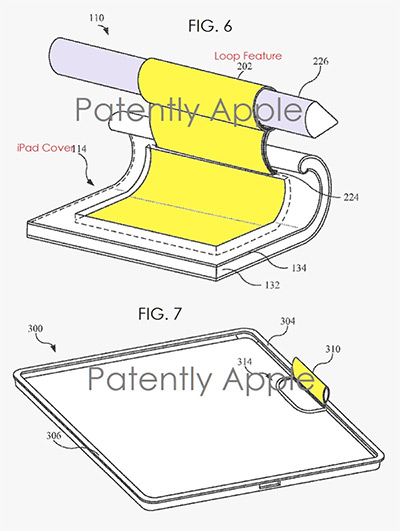 New iPad Pro models including a 10.5-inch version, and perhaps a Apple Pencil 2 as well are expected to be announced by Apple in the coming months. As always, though the rumor mill is spinning, and the patents are showing up in abundance, but we really hope Apple takes this particular patent seriously.