With a relatively stable and usable jailbreak in the form of yalu102, iOS 10 compatible tweaks, packages and extensions are starting to filter through to Cydia in droves. AlphaPaper is one such brand-new jailbreak tweak for iOS 10-iOS 10.2 which looks to give some additional power back to and iPhone and iPad user on the Home and Lock screen.

Unlike a lot of complex packages which find their way onto Cydia, AlphaPaper is more streamlined and provides users a very simple way to try and take back some visual control of iOS by removing or tweaking the dark overlay which Apple insists on applying to wallpapers on both the Home and Lock screen of its iOS devices. 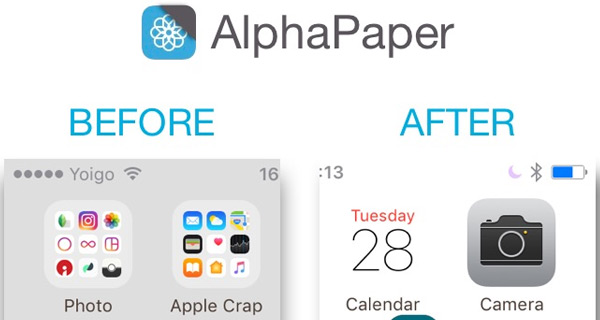 In all honesty, most users have probably never noticed this behavior, save for those who use their own images to set as a custom wallpaper and then wonder why it looks somewhat different.

The title of the package gives away its functionality to a certain degree as it simply allows the user to manually define the alpha range from 0 to 1, that is applied to the mysterious overlay on the wallpaper. Users can also choose to enable or disable the tweak with a single toggle in the tweak preferences, and are presented with a scrubbing button to change the alpha itself. The higher the number, the darker the overlay. The lower the number chosen, the closer to transparent it becomes.

There’s also the ability to choose between applying the preferences to the Home screen and Lock screen together, or to toggle the two independently if the customization only needs to be applied to one or the other. 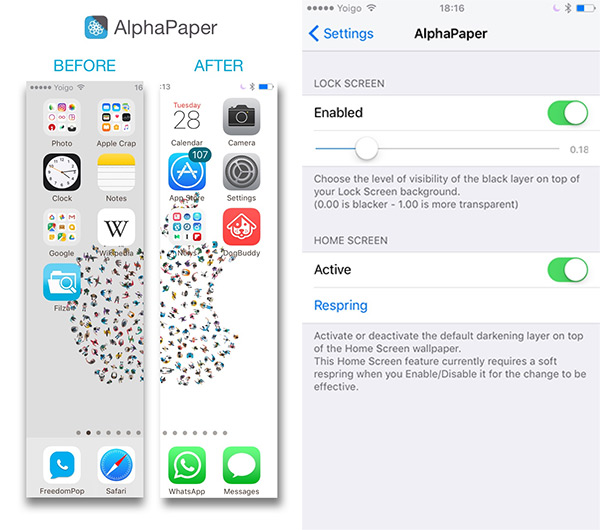 This definitely isn’t going to go down in jailbreak history as one of the most comprehensive packages ever made, but it definitely serves a purpose, and is fit for that purpose, and also fits in nicely with the new range of “customization” tweaks that we’ve seen being released for iOS 10 left right and center.

AlphaPaper for iOS 10 can be grabbed for free from Cydia via the BigBoss repository.