How To Add Live Video Streaming Feature To iMessage On iPhone

It’s been quite a while since live video went mainstream on multiple platforms including most of our favorite social networks, though said mediums might be a little too public for certain users who might be looking for a more private way to, say, share their vacation shenanigans with a select group of friends. Fortunately, there’s an app for that, or an iMessage app, to be specific.

Called Vidicast, the app allows users to broadcast live video from the convenience of an iMessage thread. The broadcast is sent as an invitation, which can be tapped by the recipient to open up a live stream right within the Messages app. 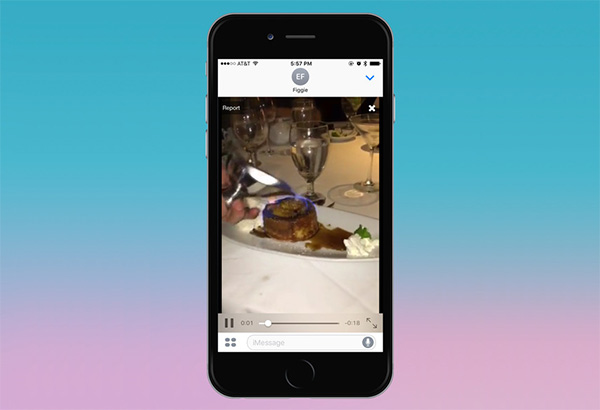 At the sender’s end, recording starts as soon as the invitation is sent. Options are limited, with the broadcaster only able to switch between front and rear cameras, though both sender and recipients can exchange text messages at any time during the broadcast.

As with all iMessage extensions, however, both sender and recipient will need to have the app installed, which is most likely going to prove to be the biggest hurdle in the way of its use gaining traction.

While preferring Vidicast over the live video offerings of Facebook, Twitter or YouTube stands justified in that it offers more privacy, one could argue that FaceTime is equally private and built right into iOS. The app has more than one answer for that. 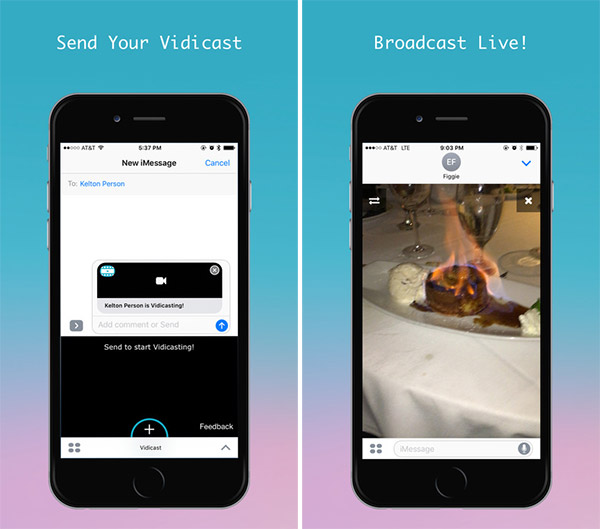 Unlike FaceTime, Vidicast can broadcast to multiple recipients simultaneously through a group iMessage thread. There are video call solutions other than Apple’s, though, some of which support group calling. Over those, the app offers a simple advantage in the ability to play videos at a later time or seek right to the beginning of a broadcast while it is still live. The app doesn’t mention how long each video remains in the cloud, though you can manually remove unwanted ones at any time.

Vidicast is available to download for free on the App Store.