The Pangu Untether package version 0.3 has just been re-released on Cydia. This package was initially released yesterday, mainly for 32-bit devices, to fix overheating and over usage of CPU. But immediately after the release, the package was found to cause booting issues on some 64-bit devices and hence was immediately removed from Cydia. 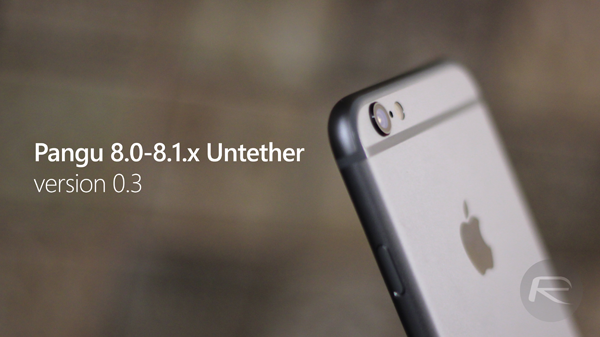 Now it has been released again hopefully with fix for both 32-bit and 64-bit devices. The full official changelog is as follows:

Version 0.3 of this package fixes the issue where, on 32-bit devices (iPod 5, iPhone 4S/5, iPad 2/3/4, iPad Mini 1) a specific background process (launchd) would sometimes "spin", burning CPU and battery, or even heating up.

Before you install, it is important to note that:

before installing updates to this package (which will require a reboot), if, after the first time you ran Cydia on this device, you used the iTunes "restore from backup" feature (or otherwise used iTunes or iCloud to put old data back on your device), please now reinstall Cydia Installer (by going to that package and tapping Modify, Reinstall, and Confirm) to make sure your device can safely reboot with a passcode enabled.

If you are already jailbroken, you don’t need to jailbreak. To update to the latest untether, simply launch Cydia on your iPhone, iPad or iPod touch and navigate to Changes tab and hit ‘Refresh’ in the top right corner for Cydia to fetch the latest updates. 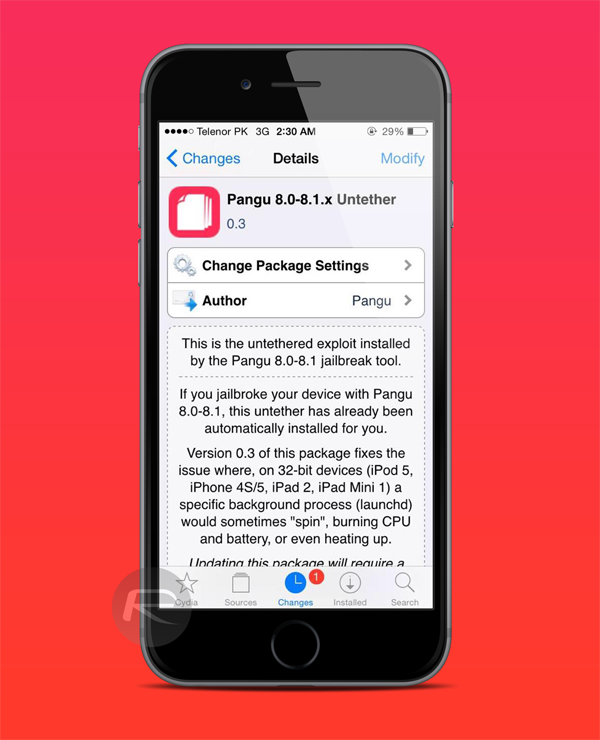 Once you see the update on ‘Pangu 8.0-8.1.x Untether’ package being available, simply update it to get to the latest version.

After a soft reboot/respring, you should now be running the latest untether version.