PAC-MAN For iOS Is Absolutely Free For A Limited Time! Grab It Right Here!

As well as the abundance of new titles that have established themselves in mobile space over the past few years, those old classics have found a second coming on our beloved gadgets. PAC-MAN is easily one of the most recognizable games of all time, and thanks to the App Store’s new App of the Week promo, it has gone free for the very first time!

Although the processor and GPUs of the latest iPhone and two new iPads mean that graphically-intensive titles can be enjoyed without hitch, it’s the causal titles that still seem to capture the imagination. Whether it be a new Angry Birds or the recent sequel to Cut the Rope, we still don’t seem to be able to put down these time-consuming contemporary classics, and although PAC-MAN is not exactly new, it does subscribe to this simple-yet-addictive ethos. 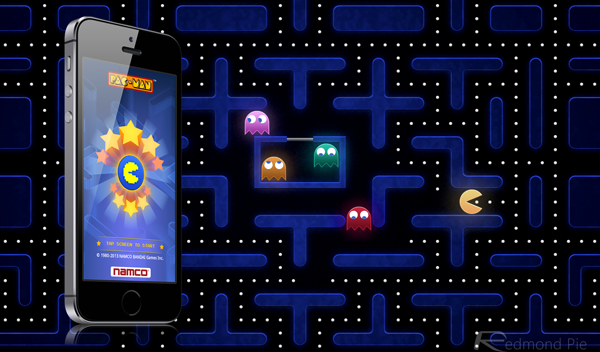 While a sizeable portion of the App Store’s gems have gone free at one point or another, PAC-MAN never has, so whether you’re an old-school gamer or simply wish to broaden your gaming horizons with a few extra titles, this is one freebie you won’t want to pass up.

Even though the App Store has only been around for a few years, it has already spawned numerous editions of this classic title. Yet this is the official, original version, and although some apps drop to free because they’re just pretty poor, App of the Week is more of an appreciation of those that have excelled.

Even though repetitive games often become tedious after a while, those ported from the earlier days of video gaming seem to endear us. The little yellow head chasing pieces of food while avoiding / eating ghosts and picking up miscellaneous fruit has been on our screens for decades, and even with the like of Infinity Blade and Real Racing blowing our minds with their spellbinding graphics, we still love a bit of PAC-MAN.

So, grab it for free while you can via the link below, and be sure to let your friends know, too!

(Download: PAC-MAN for iOS on the iTunes App Store)